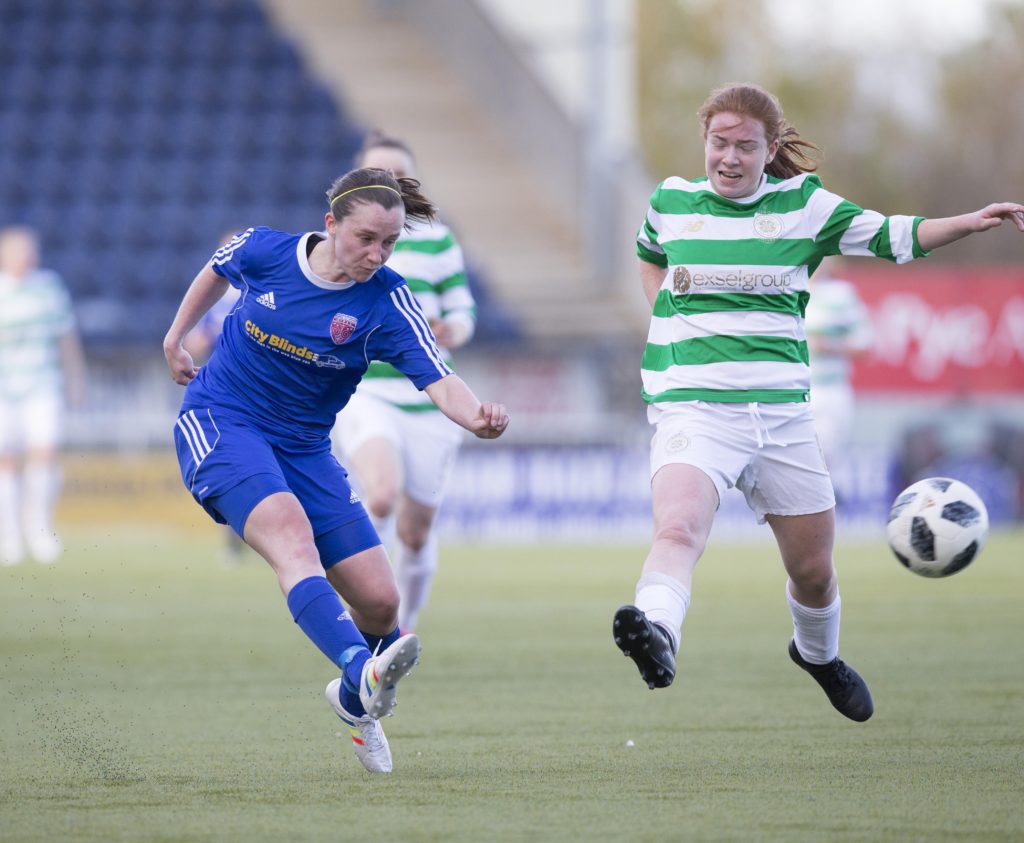 Forfar Farmington exited the Scottish Women’s Premier League Cup at the semi final stage with a 4-1 defeat to Celtic.

Nicole Pullar put Celtic ahead early on but Farmington levelled through Nicola Davidson before goals from Rachel Donaldson, Cheryl McCulloch and Josephine Giard sent Celtic through to the final.

Celtic took the lead after just three minutes when a cross into the box wasn’t cleared and the loose ball made its way to Nicole Pullar who tapped into the net from almost on the line.

Farmington came close to an equaliser five minutes later as Megan McCarthy rose to meet a Robyn Smith but her header hit the post.

Rachel Donaldson lashed an effort across the face of goal on the quarter hour mark before Caroline Heron sent a long range effort wide shortly after.

Celtic could have added to their lead through Sarah Ewens when she created a couple of opportunities but she couldn’t find the target before being denied by Fiona McNicoll.

Colette Cavanagh blocked a Heron cross with her hand and referee Daniel Graves pointed to the spot.

Danni McGinley stepped up but saw her effort saved by Gibson, Robyn Smith’s follow up was parried and captain Nicola Davidson rifled home the loose ball.

Celtic looked to regain the lead in the second half as Ewens almost caught McNicoll out with a swerving shot before Donaldson nodded over early on.

They restored their lead in the 65th minute when a ball into the box found Ewens, her initial effort was cleared off the line by McCarthy but the ball eventually made its way to Donaldson and she blasted the ball into the roof of the net.

Claire Adams fired over for Celtic but it wasn’t long before they made it three; Georgie Rafferty’s cross into the area was nodded home at the back post by Cheryl McCulloch.

This essentially killed the game off but Josephine Giard added the cherry on top of the cake for Celtic with five minutes to go, beating McNicoll with a low effort just inside the box.

The result means Farmington exit the SWPL Cup at the semi final stage but they can be happy with their performance for the majority of the tie.