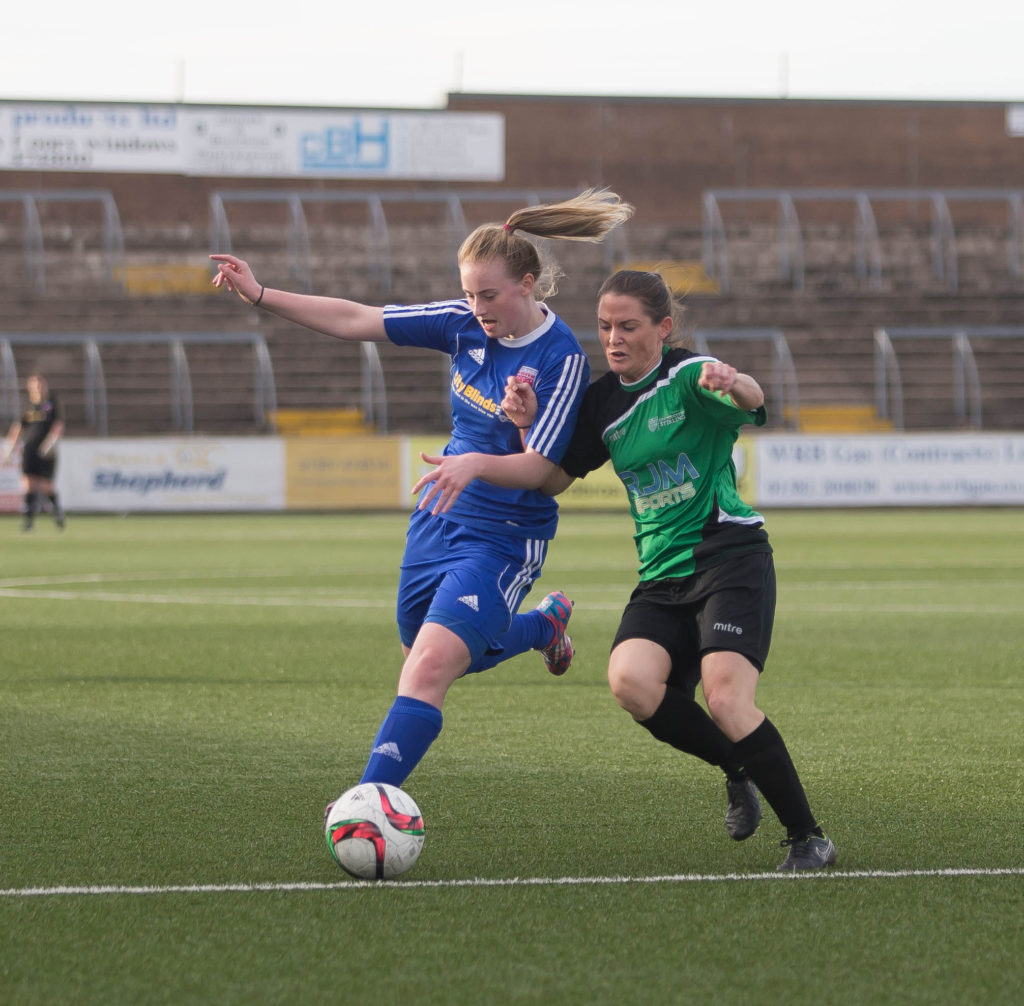 The club are delighted to announce the return of Lindsey Dunbar as Mark Nisbet continues to improve his squad.

Midfielder Dunbar returns to Farmington after a season at Aberdeen where she suffered an ankle injury that kept her out for the majority of the season as the Dons were relegated from the top flight.

The 20 year old made 65 appearances in her previous spell at the club, scoring twelve goals and will be looking to make up for lost time after returning to full training recently.

“It definitely feels great to be back training, I’m not free of my injury as of yet but it’s a good step in the right direction getting the boots back and training with the girls. My main focus just now is purely to get fit and be pain free, once I’ve done that I’ll eventually try to work my way into the starting XI.”

After leaving SBSSWPL2 bound Aberdeen at the end of the season, Dunbar felt it was an easy decision to come to a club like Forfar.

“I’ve always loved Forfar. The atmosphere and community feeling overall is like a family, which made my decision a lot easier to come back. the girls and coaching staff have been nothing but supportive and welcoming since my return. It’s always easier coming back to a club where you were previously and Forfar have always had a good professional set up which I felt was beneficial for me to help build my fitness ahead of returning to physically demanding games.”

The midfielder’s time at Aberdeen was disrupted by her ankle injury which she suffered just a few games into the season. While she isn’t disappointed with her spell at Aberdeen, she believes it maybe wasn’t the right decision or time for her to move.

“I wouldn’t say I was disappointed with my time at Aberdeen. Of course it didn’t help that I was out all season and didn’t really get the chance to play, which always makes it frustrating and not enjoyable. It just wasn’t the right time or the experience I was looking for: but you never know these things until you try them, which is a decision I feel like wasn’t the right one for me.”

Dunbar spent the remainder of the season on the sidelines but felt it was beneficial as it allowed her to see the game from a different point of view. While she is worried about coming back from her injury, she is keen to get going.

“It’s very frustrating sitting out and not being able to play or do anything really for a year, but I have learnt a lot from at the sidelines from watching different players in positions, the passages of play, formations and listening to the team talks in the changing room, which made me feel a part of the team.”

“It’s a weird feeling being back, I do get nervous or scared sometimes in case anything is to happen but it’s to be expected from being out so long but it’s definitely a good feeling being back and I’m sure it can only get better from here, so I’m excited to see what comes next.” 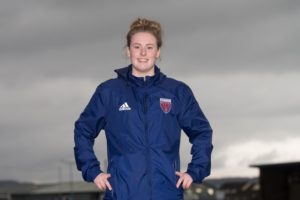 The former Young Player of the Year praised everyone involved with the team for the support shown to her since coming back to Forfar, with club chaplain Susan Forbes thanked for her help even when she wasn’t at the club.

“It has been a tough and frustrating year, from receiving little support at my previous club, getting different answers from physios and not the correct treatment at the start, it has been a big test. The support I’ve received in the last few weeks and help from the girls and physios at Forfar, along with Lee Smith who does our media and our club chaplain Susan Forbes, have really helped me physically and mentally.”

“Everyone has helped push me, and generally checking in on me and how I’m feeling pain wise, and I just want to say thankyou to all them for that because I really do appreciate it. I’d want to thank Susan as well for the endless help and support she has given me since my return to the club, and even when I wasn’t at the club.”

Dunbar feels she is coming back to a strong squad having won the SBSSWPL2 title and reckons the side can make their mark in the league this year. While she hopes to force her way into the squad in the future, she is happy to keep her focus on getting fit for now.

“I certainly don’t think the girls should have been relegated in 2016, but these things do happen unfortunately. The girls done so well last year winning the league and adding a few additions this year has helped shape the team and make it even stronger.”

“The girls have been working really hard in training through the week and have been taking that work rate and momentum into game days each week. They have started the season off strong and have been unlucky in games to not take points but it’s still early into the season.”

“On a personal level, I am hoping to get some game time once I’m fit and help the girls out in any way I can, eventually trying to gain my place in the starting XI week in and week out.”

Having played with Farmington previously, Dunbar has played with the majority of the current squad along with Cassie Cowper and Hannah Stewart at Aberdeen and the familiar faces is something that she believes helps her feel more comfortable returning.

“I’ve played with the majority of the girls for a few seasons now, and it makes it a lot easier and comfortable coming back. Over the previous season I found it challenging due to my lack of confidence and I could probably say the same this season but having the older ones in the squad, and moving back with my previous team mates from Aberdeen makes that transition a little bit smoother.”

“I’m pretty sure I speak for some of the younger ones as well on that, that the girls in the squad are all understanding and make you feel comfortable on and off the park so I was never really nervous about returning back to the club.”