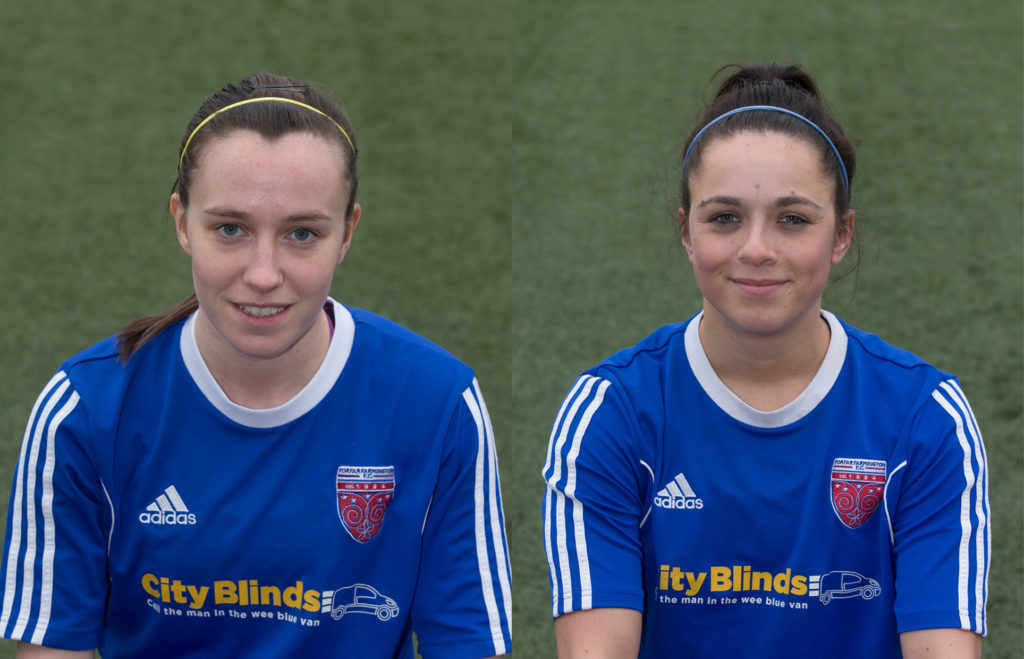 Robyn Smith and Megan McCarthy were the latest to reach a half century of appearances with both reaching the milestone this afternoon against Celtic.

The duo are in their second spells at the club after both rejoining in December 2015 from Jeanfield Swifts and Inverness City respectively.

Megan had a very short spell at Farmington in 2012 during pre-season before returning to Inverness and failed to make a competitive appearance.

On her return to Forfar, the 25 year old defender made a goalscoring debut in the League Cup against Hearts in March 2016. Since then she has netted five more times, all of these coming during last season’s SBSSWPL2 championship winning season.

Overall Megan has started 44 times while making six appearances from the bench.

Robyn’s previous spell at the club ended following the 2013 season, where she made three appearances in an injury disrupted season.

In March of that year she made her debut away to Stirling University under their previous moniker of Falkirk Ladies before a further two appearances at the end of the season.

Robyn has scored eleven times in total in her 39 starts and 11 substitute appearances, the first two of these coming against Buchan in the Scottish Cup in June 2016.