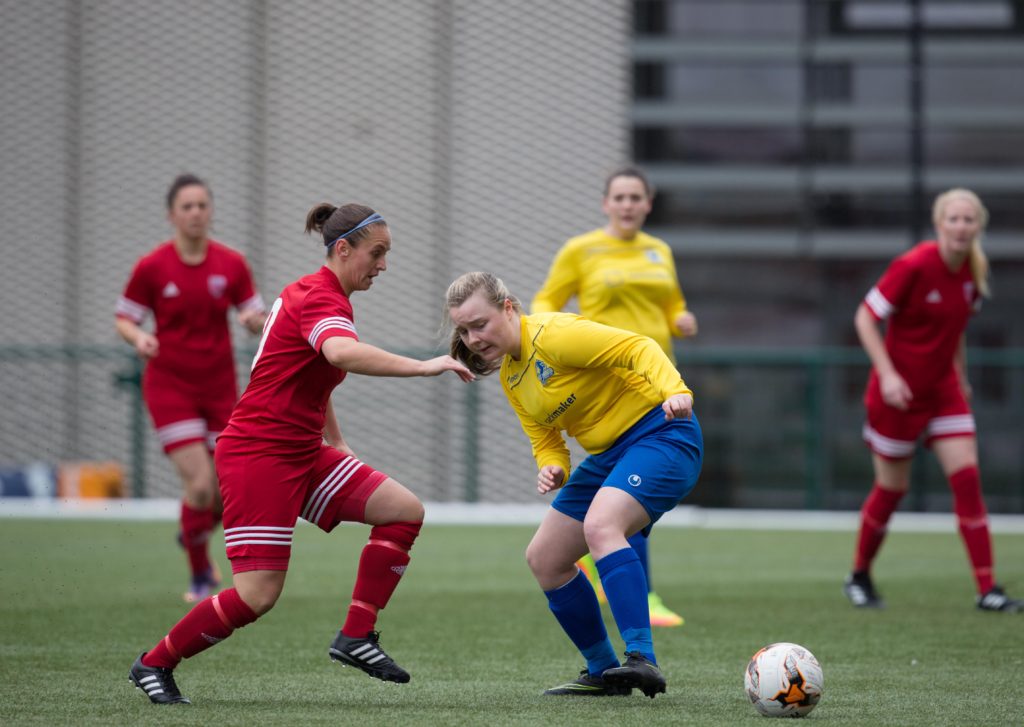 Forfar Farmington overcame a tricky Cumbernauld Colts side to advance to the SSE Scottish Women’s Cup semi finals with a 2-1 win.

Despite going behind to a Sarah Wardlaw goal, Laura Parsley and Angela McGann’s unfortunate own goal ensured Mark Nisbet’s side avoided a potential upset to reach the last four for the first time since being runners up in 2012.

Three changes were made ahead of the cup tie with Erin Cattanach, Cheryl Kilcoyne and Robyn Smith dropping to the bench for Beth Shillitto, Laura Parsley and Leah White.

The hosts took the lead after twelve minutes when a long ball found Sarah Wardlaw who made her way towards goal before sending a low effort past Fiona McNicoll.

Mark Nisbet’s side looked keen to get back on level terms and came close with McGinley hitting the sidenetting from 25 yards.

Scott and McGinley both had shots held by McGann before the latter blasted over from the edge of the box.

In the 36th minute Farmington grabbed an equaliser when McCarthy sent the ball forwards to Laura Parsley and despite her first effort being blocked, she made sure with the rebound.

McGann diverted another Parsley effort wide shortly before half time while Bethany Kerr sent a long range effort into the arms of Fiona McNicoll.

Farmington looked more determined in the second half with Nicola Davidson having a free kick turned wide by McGann.

A set piece led to a bizarre winner for Forfar in the 53rd minute; Scott’s corner was held by McGann but she fell back and landed over the line, appearing to hurt herself in the process.

After five minutes of treatment, the keeper was able to continue but couldn’t take goal kicks for the remainder of the tie.

McGinley had further chances to extend the lead but couldn’t beat McGann before Davidson fired wide from the edge of the box.

Parsley sent a lob over the bar while McGinley sent her shot from an Erin Cattanach cross into the arms of the keeper in the 75th minute.

From a Robyn Smith corner Megan McCarthy headed over as the game approached the final ten minutes.

Sub Cheryl Kilcoyne and Beth Shillitto sent further efforts wide before the final chance fell to Gemma Collier from a Smith corner, her shot was cleared by the Colts defence.

Farmington now enter the semi finals alongside Rangers, Hibernian and Glasgow City with the draw on Wednesday on STV2 Player at 10.30am.