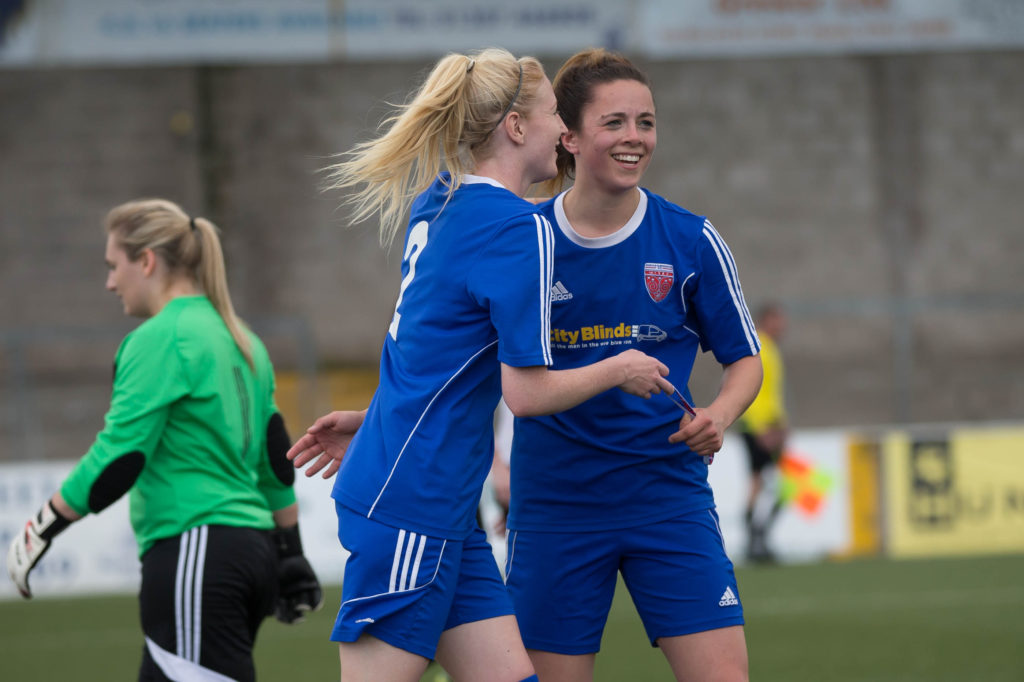 Defender Megan McCarthy reckons it’s vital that the squad take things one game at a time after extending their lead at the top of the league.

A 1-0 win over Glasgow Girls, coupled with Motherwell’s draw, meaning Farmington are eight points ahead with six games to go.

25 year old McCarthy expressed her happiness with her teammates after taking all three points at a tough venue.

“I’m happy with the result; there was a few chances we could have capitalised on which we can work on, but I think we put a team effort in today and we stayed focused and worked to get the result.”

McCarthy helped Farmington to their ninth clean sheet of the season with another impressive performance however she feels she can still improve.

“We got a clean sheet so that’s all you can ask for as a defender, the players around me communicated well. There are always parts of my game I can improve on and strive towards.”

With the side eight points clear of second placed Motherwell, the former Inverness City defender reckons her and her teammates need to approach each game as it comes.

She said: “It’s vital that we do focus on one game at a time. We need to just focus on the task in front on us and work towards each game as it comes.”

The side take a break from league action this Sunday, travelling to take on SWFL1 South Cumbernauld Colts in the SSE Scottish Cup quarter final; McCarthy is keen to get going in an interesting clash.

“I like cup games, anything can happen in them meaning they are always fun and exciting to be a part of so bring it on.”