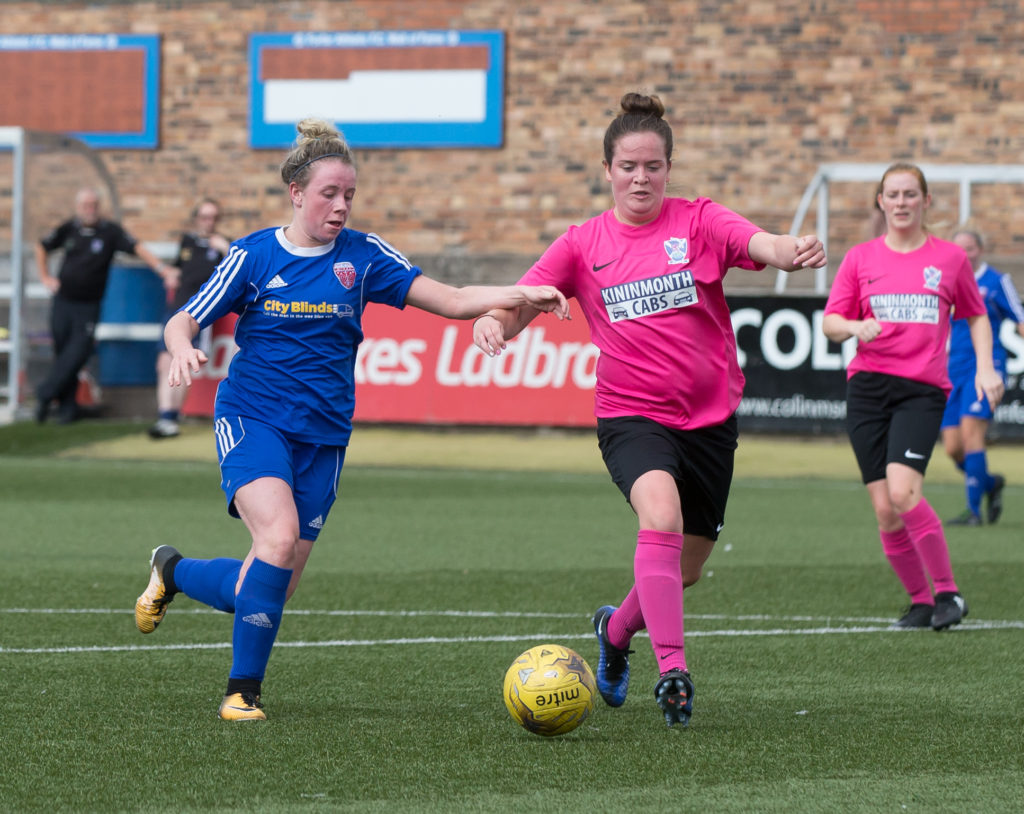 Despite the win, Beth Shillitto feels Forfar Farmington could have done better as they reached the semi final stage of the SSE Scottish Women’s Cup on Sunday.

After going behind, Laura Parsley and an own goal was enough for Farmington to advance at the expense of SWFL1 South side Cumbernauld Colts.

The 19 year old winger reckons the side played well but their failure to finish was the issue throughout the game.

She said: “As a whole I thought we played well, but we definitely could have done better. We had a lot of opportunities on goal but just couldn’t finish. I felt the ball could have been played along the ground more but a win is a win I suppose.”

Shillitto made only her second start since May with the teenager delighted to play the full game and she is now eyeing further opportunities to make an impression.

“To begin with I felt I started slowly, but I eased into the game and started to pick up my game at the end of the first half and into the second half where I felt I did make an impact to the game.”

She continued: “I was delighted to start, I was disappointed being on the bench most of the time when I regularly make training sessions and feel like I do play well at training. But I am pleased to get more minutes especially a full 90 which was a struggle physically due to not having a full game in so long.”

Farmington are now the lowest side left in the tournament and the only team outside of the top tier, however Shillitto feels they will have a good chance regardless of the opponent if they play to their best.

Farmington return to league action on 24th September with a home fixture against East Fife with Shillitto keen to continue their excellent form at Station Park.

“I feel this game is a good opportunity as we have beaten East Fife before and we can do again, especially on our home ground, I feel that’s where we play best.”