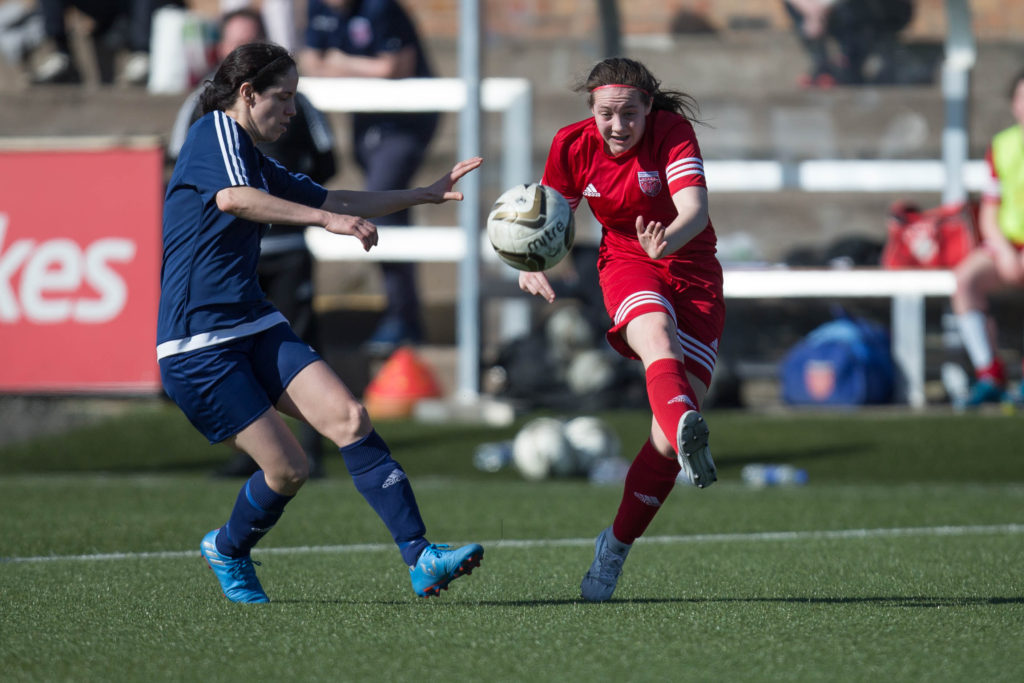 Youngster Ellie Cook was glad to overcome a difficult obstacle in her senior debut on Sunday in the SSE Scottish Women’s Cup.

The defender played the full 90 minutes as Farmington defeated Raith Rovers 5-2 in the second round at an excellent Windmill Community Campus facility in Kirkcaldy.

With the hosts flying high at the top of the SWFL2 East, two divisions below Farmington, the tie was always going to be a potential banana skin however Cook was glad to help the side get through the game.

She said: “I thought it was tricky as Raith have had loads of confidence by scoring lots of goals but we managed to start strongly against them. I was delighted with the win as it was my first appearance with the senior team.”

Cook made her debut for Mark Nisbet’s side at 15 years, 5 months and 19 days, following on from a spate of young debutants this season, including Philippa McCallum, Sophie Young, Taylor Clifford, Oliwia Gach and Anne Murrie, and the defender hopes she can build on her first appearance in the future.

“I felt like I played well although I was nervous at the start of the game but I managed to build my confidence as the game progressed.”

She continued: “Hopefully I will be able to play for the senior squad again in the future and show that I’m more than capable to play at that level and that standard of football.”

It was a pleasing end to a fantastic week for Cook following a perfect hat-trick last Wednesday for the U23’s as they defeated Dee Ladies for their first league win of the season.

“I was delighted with the hat trick during the week, but more importantly I was happier that the U23’s won their first game of the season. I thought it was a great way to end the week by experiencing a Scottish Cup tie with the senior squad and coming away with a win.”