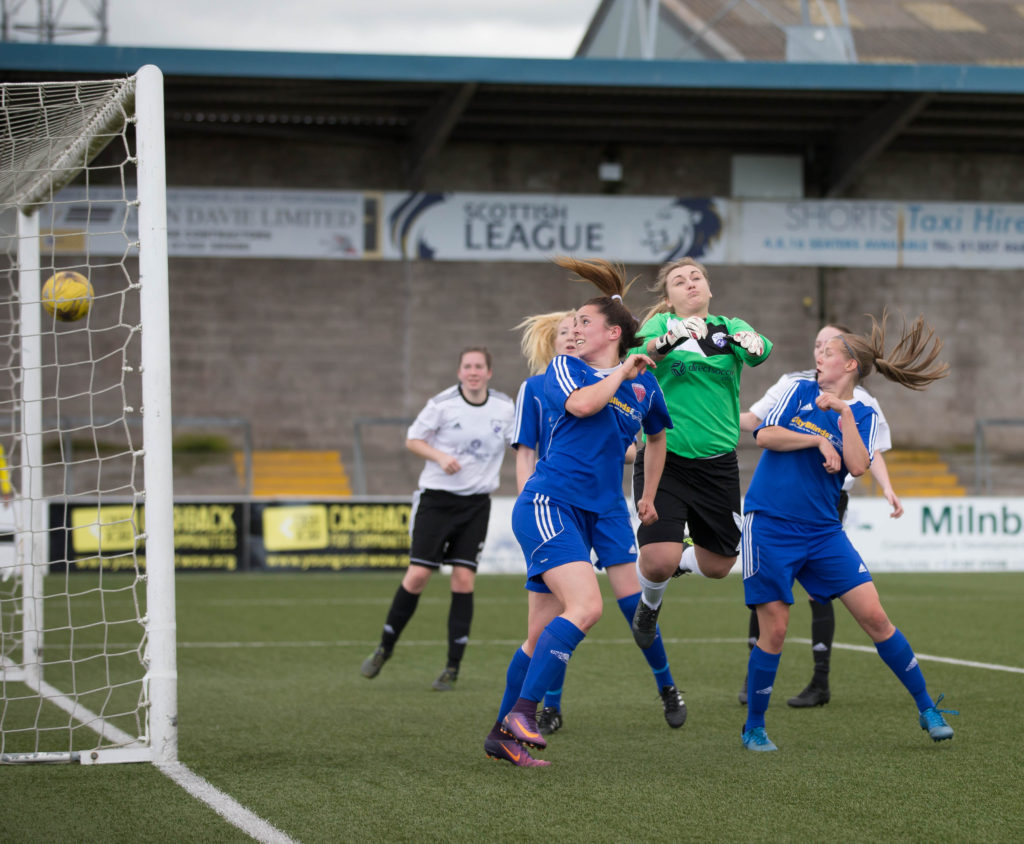 Goalscorer Megan McCarthy praised her teammates after Forfar Farmington made it eight games unbeaten at the top of the Scottish Women’s Premier League Two on Sunday.

The side defeated Glasgow Girls 3-0 with McCarthy netting a double as their lead was extended to seven points with 22 points taken from their first eight league games.

The defender was happy with the overall result and praised her teammates for following the coaches’ tactics to the letter.

She said: “I am very happy with the result. We were given clear instructions by our coaches of what we needed to do to win and I feel the girls listened well to take all three points and we also kept another clean sheet.”

McCarthy scored the second and third goals following Cheryl Kilcoyne’s opener with the 25 year old heading home Julia Scott’s set pieces within two minutes of each other with the duo completing an Inverness City connection.

“I’m always delighted to get a goal for the team. Thankfully Ralphi put in two great corners which set me up nicely to head home twice.”

Farmington have won seven of their first eight league game, drawing the other against Hearts and McCarthy is elated with how the season has started with the players still improving every week.

“The team have played excellently and I feel that with each game we are learning more and more about how each other play. We have a fantastic team of players and coaches this year and the vibe in the camp is good and positive.”

The side travel to Leven this weekend to take on bottom side East Fife and despite defeating them 4-1 on the opening day of the season McCarthy is under no illusions that Sunday will be a tricky encounter for Mark Nisbet’s side.

She said: “We will work hard in training this week but as always we will prepare well for the opposition on Sunday as we know East Fife will be difficult opponents.”