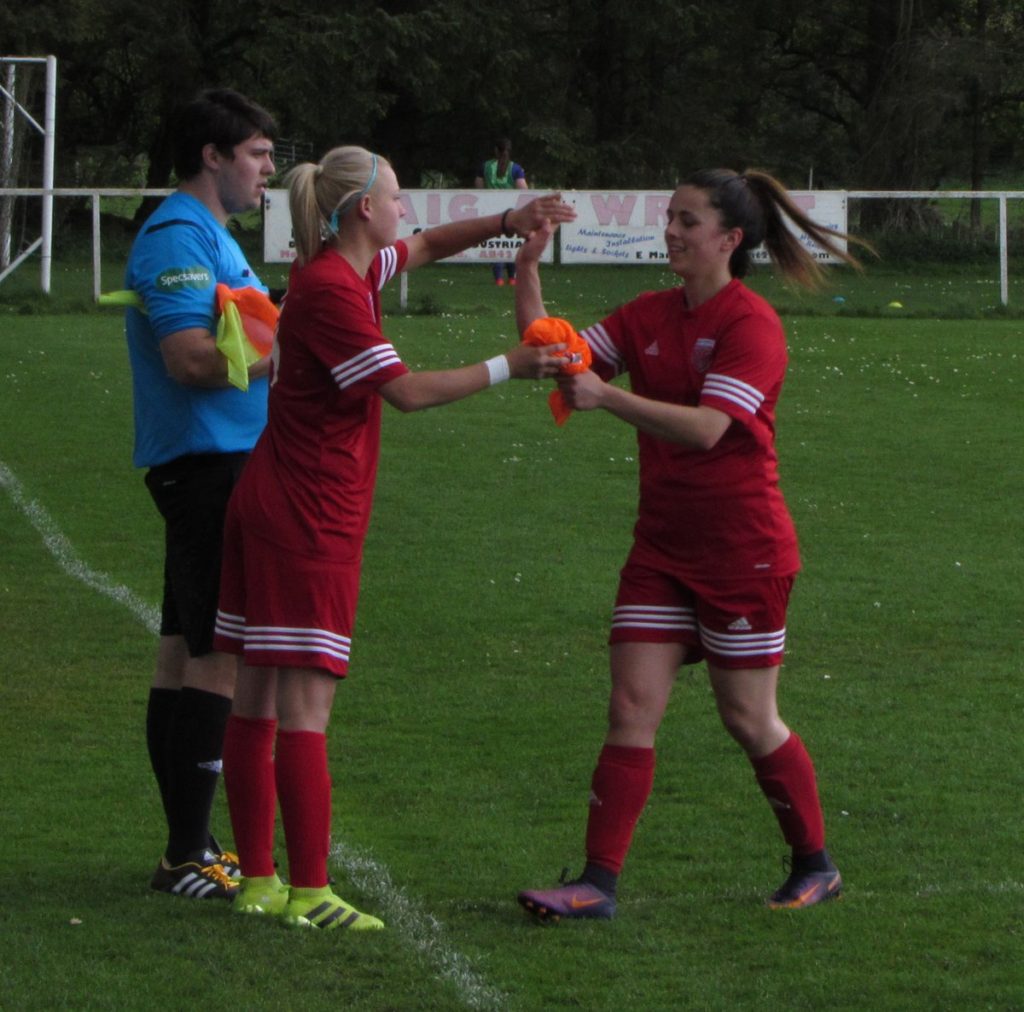 The club welcomed back Kayleigh Brough last week for her third spell in a Forfar Farmington shirt.

The 20 year old defender returns after completing her second year of studies at Otero Junior College in La Junta and while she is delighted to be back she is unsure what the future holds for her when it comes to a return to America for a third year.

Brough, who made her third debut in Sunday’s win over Buchan, said of her return: “It feels good to be back at Forfar. It always does, the girls are great and welcome me in each time I come back. It’s good to work with the coaching staff again as well.”

“It is always good to see familiar faces but it’s nice to see younger players coming through and gelling with the ‘older ones’. I’m glad to be back with the squad again.”

The Dundonian was unlucky in America with her team after reaching two consecutive finals but narrowly losing out in both finals however she was pleased overall with the performances throughout the season as well as her own development.

“My second year in America was good soccer wise. We got beat in the final again for the second year running from the same team but overall we had a consistent season and I feel myself as a player was more consistent than last year.”

She continued: “As of my plans for next year, I’m still not sure what is happening yet. I’ve had an offer from a university near where I have been but I’m still deciding if I want to go back or not.”