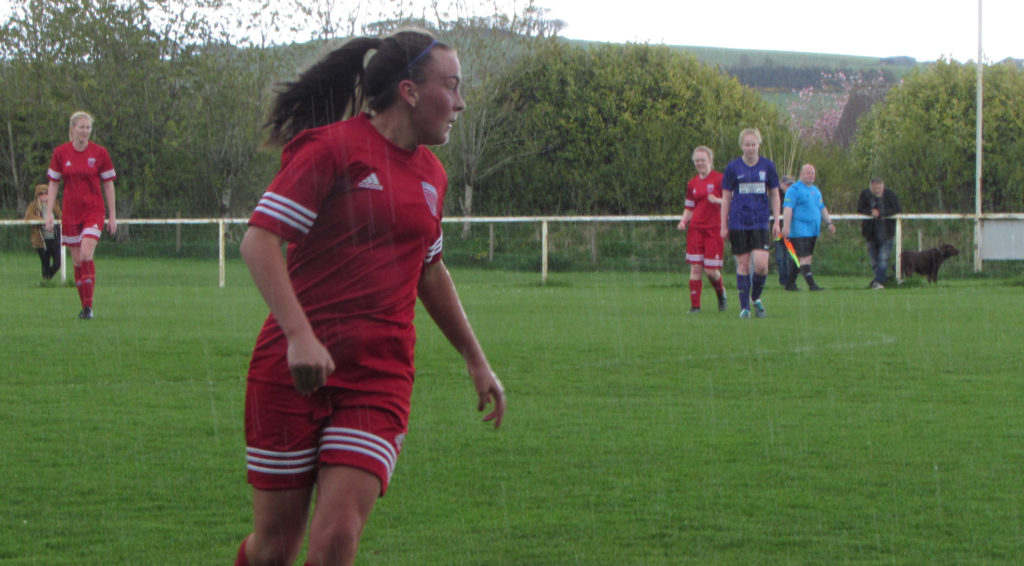 Defender Erin Cattanach was elated after Forfar Farmington ended the first third of the season unbeaten with a 4-0 win away to Buchan.

The 18 year old defender put in an impressive performance on Sunday as Farmington went four points ahead at the top of the Scottish Women’s Premier League Two.

Cattanach reckons despite goals from Julia Scott, Laura Parsley, Robyn Smith and Kayleigh Noble they could have scored more on a dull day at Maud Pleasure Park.

She said: “I’m happy with the win today, I thought we definitely could have scored more but we played well today, I’m pleased with how we performed.”

The defender felt she played well after a formation change with an assist for the third goal, adding “I thought I played well today, I enjoyed the formation Mark chose for today as it allowed me to get up and support the forward players and I liked that.”

Cattanach broke into the first team last season however she was limited to one start and a handful of sub appearances; this season she has started seven of the eight games so far, delighting the versatile defender.

“I am buzzing to be part of the starting line up, I’ve been working really hard so it shows that all my hard work has paid off and my confidence is growing the more I play.”

With the first round of fixtures completed, Farmington currently have nineteen points from seven games and sit four points clear at the top of the SWPL2. Cattanach believes this start is just what the side needed after last season’s relegation.

She said: “It’s a brilliant achievement for the team and I think this is the boost we needed after last season. We have to keep this streak going; it has brought everyone closer as we are playing together as a team.”

Farmington now face a fortnight’s break before their next game at home to second place Glasgow Girls and Cattanach admits it will be a tough test but has faith following the 2-0 win at Greenfield last month.

“I think they are one of the toughest teams we will come up against so it’s important that we are prepared and win these crucial games to keep us up at the top. We need to take the confidence we have gained over the past few weeks and get the win.”