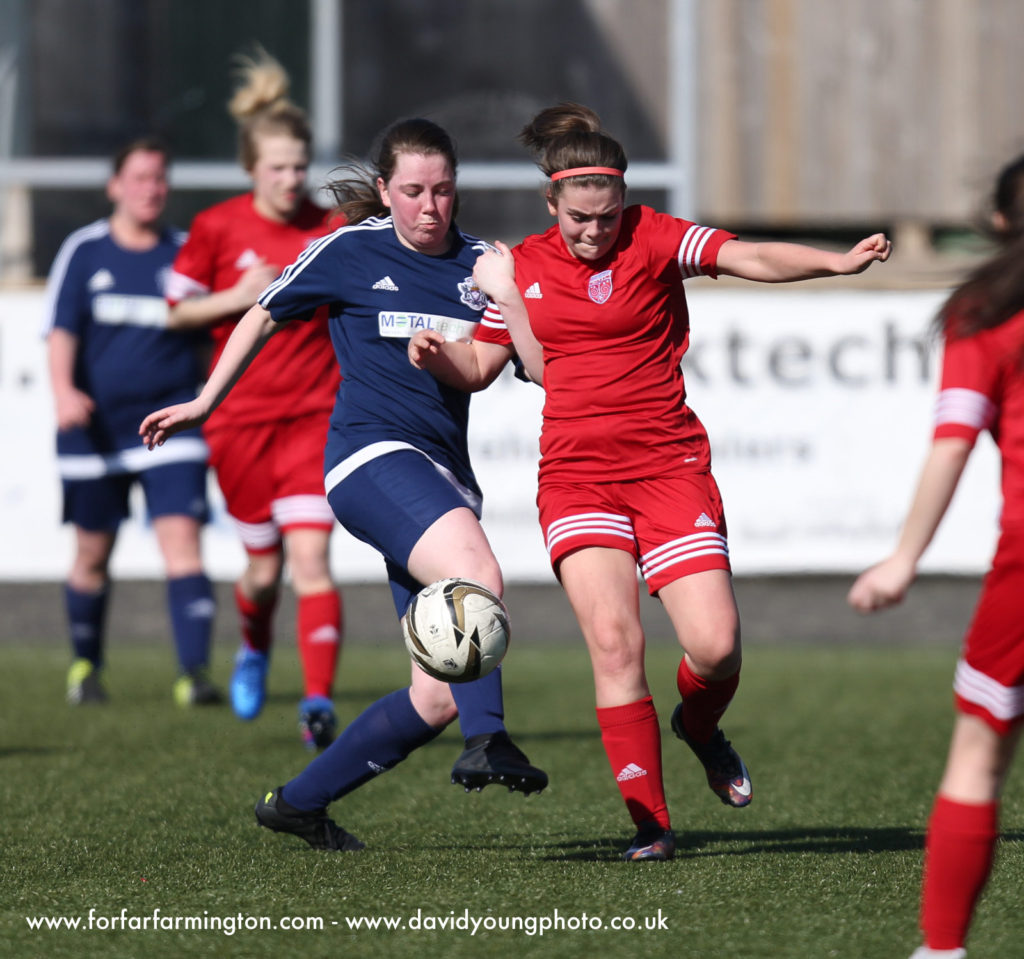 Forfar Farmington U23’s were defeated by three goals to nil against Tayside Ladies on Sunday in a game that was closer than the scoreline suggests.

Tayside were two goals ahead at half time, adding a third late on meaning John Dunn’s side have taken just one point in three games.

Despite the scoreline, the game was light on action, with Tayside taking their chances when they came through Natalie Cromar’s double and substitute Ellie Scanlan.

Forfar Farmington fielded new signing Rachael Brown as they looked to take their first three points of the season. Tayside were also seeking points after losses in their first two games.

The opening stages of the game were slow with both sides looking to break down the opposing defences; the first chance coming after ten minutes for Tayside; Cara Black firing wide from the edge of the box.

It was two for Tayside in the 28th minutes; Cromar with an almost carbon copy effort of her opener to double their lead.

Caitlin Mitchell saw her free kick pushed away by Nadine Millar ten minutes before the break as Farmington seeked a way back in to the game.

After the break Sophie Young set up Zoe Moreland but the youngster could only blast over from eighteen yards meanwhile Young struck straight at Millar herself.

Cromar had a couple of chances to grab her hat-trick while at the other end Millar had to look sharp when Young’s cross-cum-shot almost flew in over her with three minutes to go.

Young had another effort saved however it was Tayside who netted the final goal in injury time; subs Natalie Burns and Ellie Scanlan combining for the latter to rifle high past McKay.

The result means that Farmington drop to tenth with a long trip to league leaders Inverness City next week however they can take solace in the fact they defeated City 4-1 in the League Cup in February.