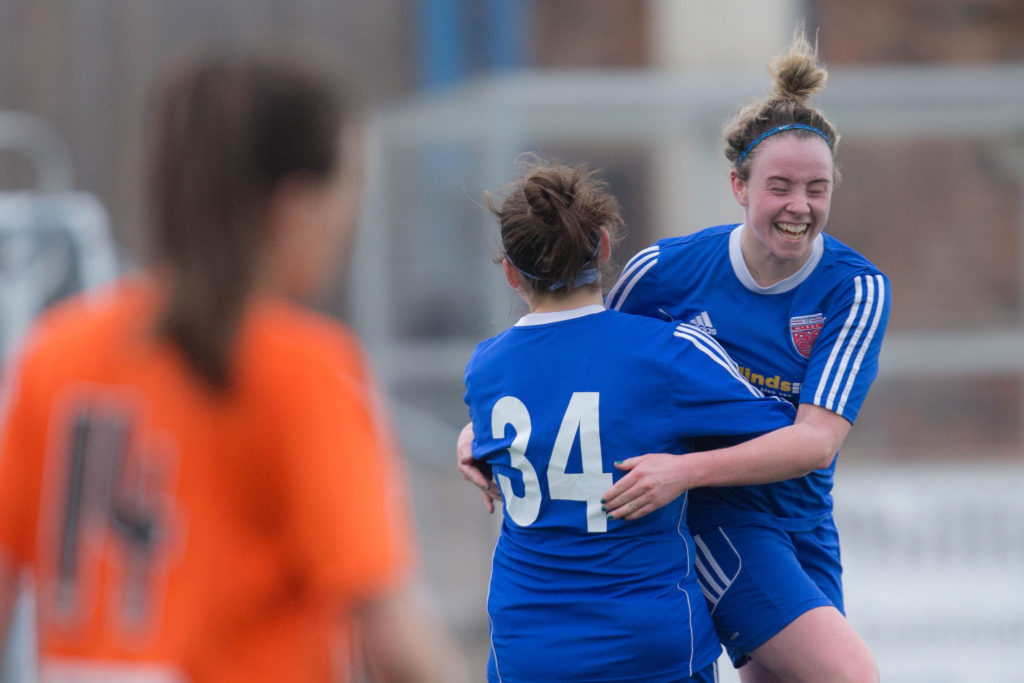 Beth Shillitto reckons Forfar Farmington can build on Sunday’s win over Jeanfield Swifts with the win keeping them at the top of the Scottish Women’s Premier League Two.

Goals from Laura Parsley and Cheryl Kilcoyne meant the side have won their first two games of the season in their hunt to bounce back at the first attempt to SWPL1.

The 18 year old attacker feels Farmington could have added to their tally had they been more clinical in front of goal.

She said: “I’m very happy with the result although we could have been further ahead with our chances but we failed to finish them. Overall the team played well together and helped one another and we’re now looking ahead to our next game to ensure a win as well.”

Shillitto set up the opener for Parsley and while she was pleased with her performance, she believes she needs to work on little things to ensure she helps the side as much as possible.

“I feel my own performance was good although there were little errors I could have sorted. Personally I believe that’s one of the best games I have played, I just have to now correct the little things and hopefully improve on my composure when through on goal.”

She continued: “After that one assist with Laura finishing it greatly I feel that I can contribute a lot in the coming games. I hope I can bag a few goals this season and hopefully there’s many more assists to follow.”

Philippa McCallum made her debut for the side at just fourteen, coming on as a late sub for Cheryl Kilcoyne, capping off a fantastic month with the youngster playing for Scotland U16. Shillitto was delighted for the teenager and reckons being involved with the squad will do her a world of good.

“With a youngster like Philippa making her debut, it proves that the young ones are capable of stepping up and can make an impact in the performance squad. I think it’s great to see youngsters contributing to the squad, which will also build their confidence when playing with older and more experienced girls.”

“Alongside Philippa, young Erin Ross travelled with us to Perth but unfortunately didn’t make her debut. Even though she didn’t, I feel that the experience of being with us and seeing what match days are like is an experience in itself.”