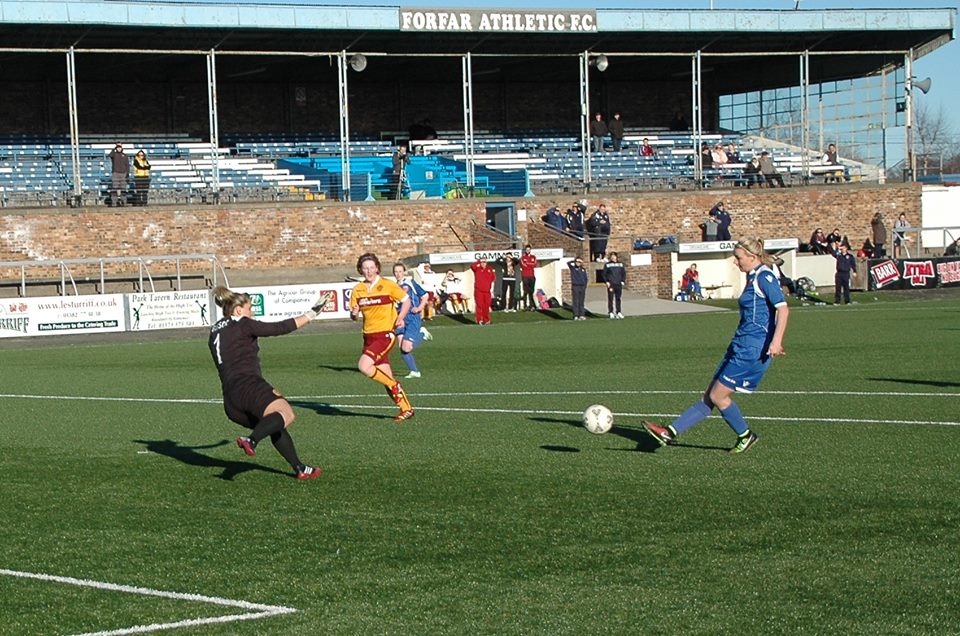 The club are delighted to announce the return of defender Kayleigh Brough.

The 19 year old returns to the Premier League squad following a year in America with Otero Junior College where she helped her team win their regular season championship in October.

Brough made her debut in 2013 under current coach Mark Nisbet and went on to appear 32 times in the blue shirt of Forfar Farmington; making her last appearance in June last season.

Kayleigh will be available for this Sunday’s match against Stirling University.