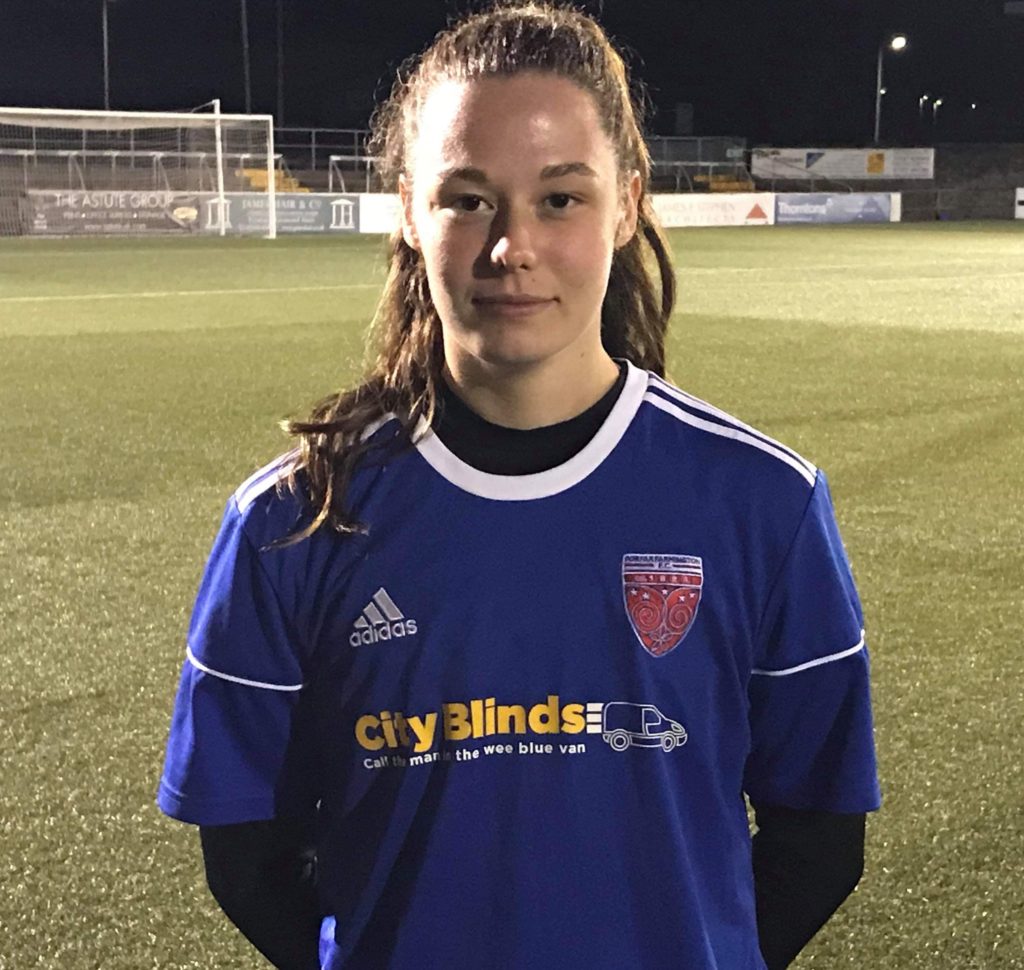 The club are delighted to announce the signing of 21 year old midfielder, Haley Kern from Oregon, USA.

Haley a student at Duncan of Jordanstone, Dundee played for the first women’s Academy team in the US, known as the Portland Thorns Academy (Located in Portland Oregon). She then moved to play two years for Highline community college where they became 2017 Northwest Athletic Conference champions.

Haley has been involved with youth coaching in the states where she was assistant coach and referee.

She is looking forward to the challenge ahead  moving into next season playing for Forfar Farmington as we look to secure our place in SWPL1 football next season.