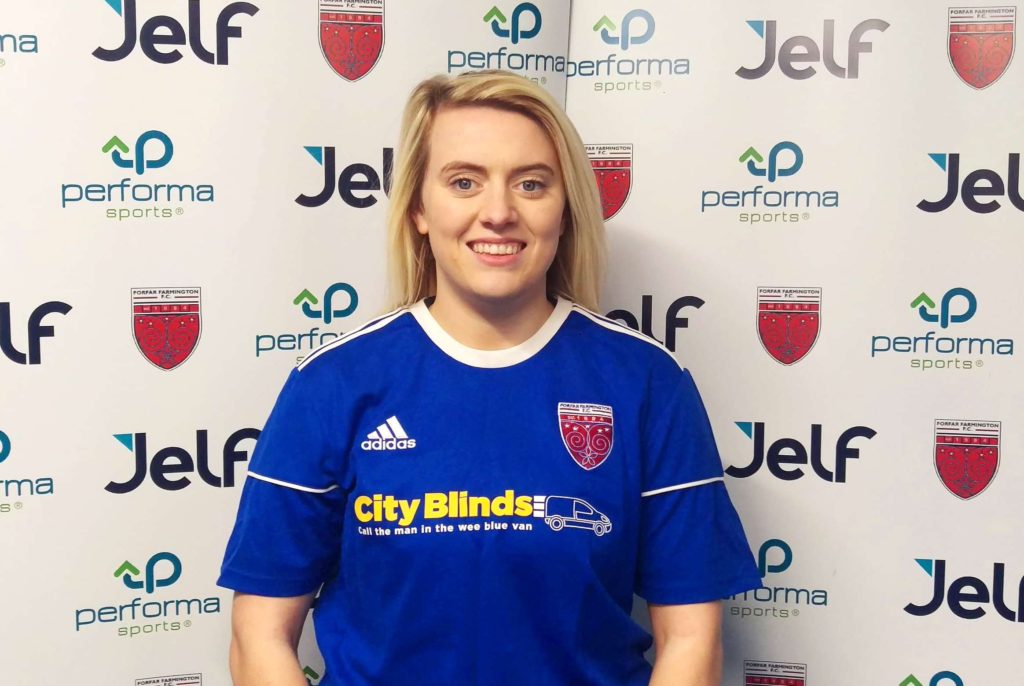 The club are delighted to announce the signing of 26 year old striker, Charlotte Gammie from Division 1 Montrose Ladies FC.

Charlotte started her footballing career in the Middle East where she played for Qatar Ladies National team before leaving Doha in 2012 to go to Abertay University Dundee. After a break from football to concentrate on her degree, Charlotte joined the newly formed Montrose Ladies FC in 2017.

Last season as top goal scorer for the club with an impressive 41 league goals Charlotte was instrumental in the clubs success securing promotion to Division 1 in only their second season and this year securing a middle table finish and guaranteed football in Division 1 next year. Charlotte also won the 2018 SWFL Div 2 player of the year award for her hard work and commitment.

Charlotte is ready for the challenge ahead and is looking forward to playing for Forfar Farmington in the top tier in Scottish football, as they strive to secure SWPL1 football next season.