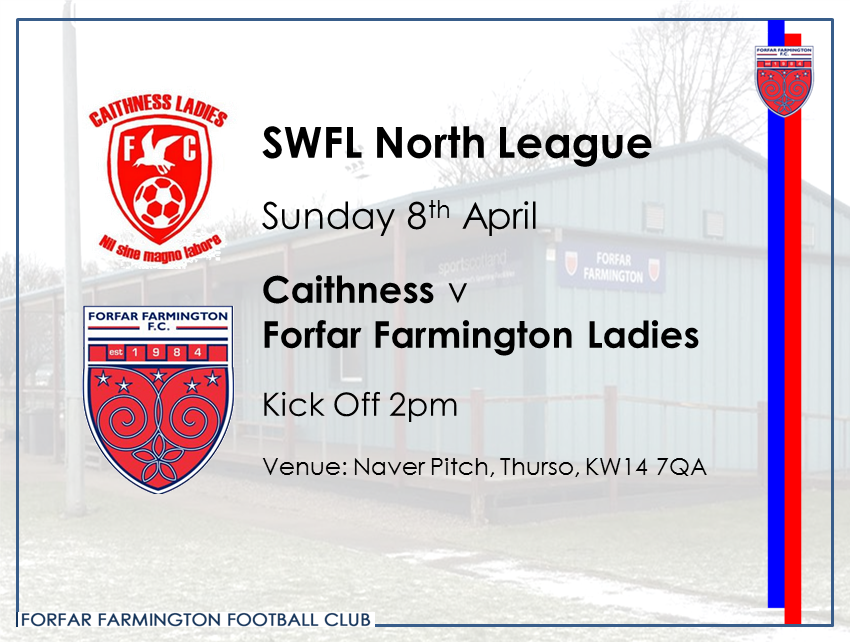 Our Ladies team will create a piece of history tomorrow when they make the arduous trek to Thurso to play Caithness Ladies in an SWFL2 North league match. The 480 mile round trip will be the furthest any Farmington team have travelled for any competitive game – the squad are leaving in three cars at 7.30am and likely won’t be home till c10.30pm. We wish the team well

As coach Jeff Rioch looked ahead to the game he commented “We were in long dialogue with the powers that be prior to the league structures being announced and despite the club’s obvious concerns this made no difference whatsoever with the team still placed in North league. We were left with two options – fulfil the fixtures or forfeit the games which is not the Farmington way although it disappoints me that games have already been forfeited when the league is only two games in.

My main concern is obviously for the wellbeing of players who are driving or sitting in cars for 5 hours, playing 90 minutes then doing same again to get home – I’m not sure anyone would say this is ideal preparation or indeed conducive for recovery at any level but we just have to get on with it. I’m delighted that the squad are committed to making trips like this as well as heading to places like Dingwall, Buckie, Elgin, Turriff and Peterhead as the season goes on. We hope all our opponents will replicate this commitment going forward to get games played as we are in, by far, the smallest league in SWF so the number of games is already extremely low”