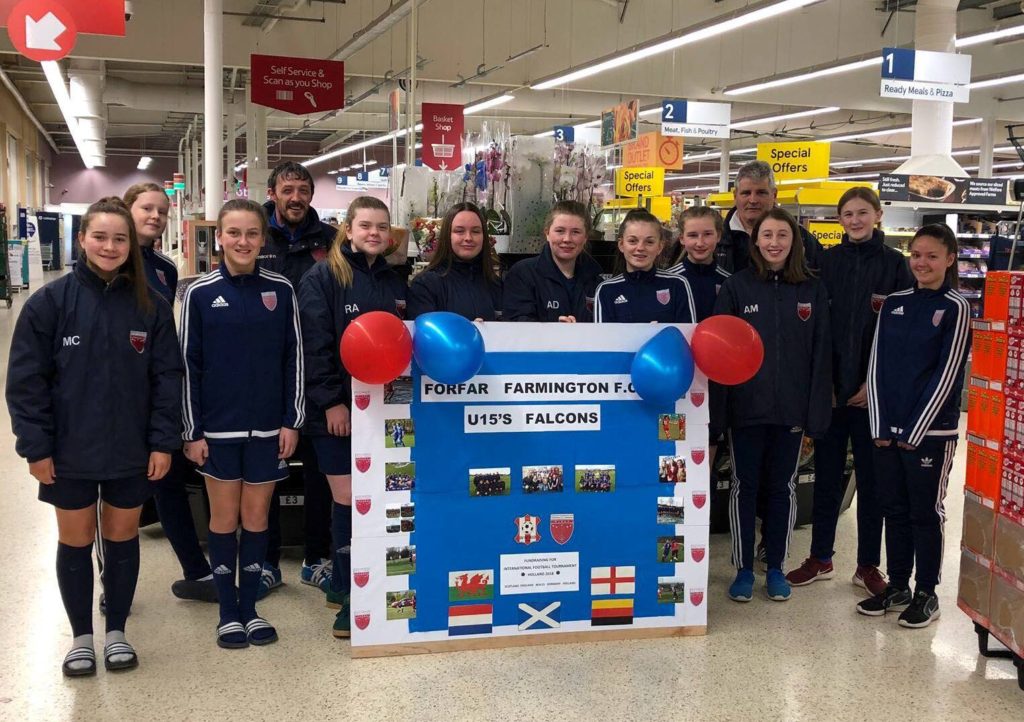 Forfar Falcons under 15s are participating in an international football tournament run by MSV Novelo, Oisterwijk Holland in June this year. 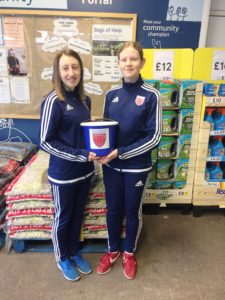 They are representing Scotland in this well attended competition and will be playing against teams from Germany, Wales, Holland and Spain.

To help fund this trip they are undertaking several fundraising events, the first of which was a bag pack last month at Tesco.

A fantastic sum of £894 was raised which is a great start to the fund.