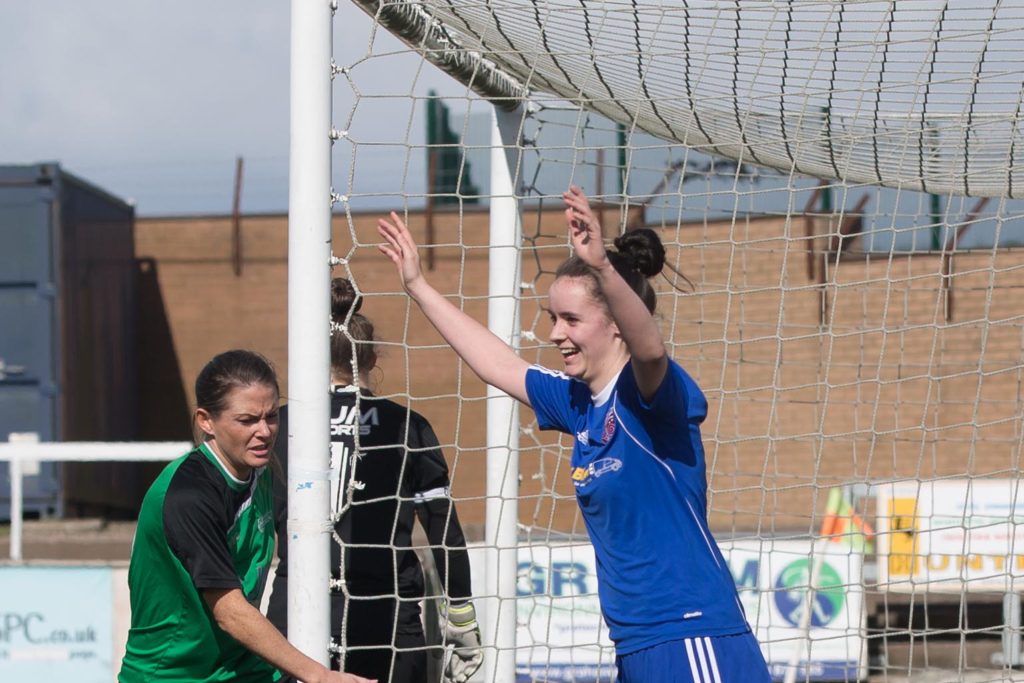 Cassie Cowper hopes she can chip in with more goals and help the team to more clean sheets after Sunday’s 2-0 win over Stirling University.

The 19 year old defender headed home the second goal to open her account for Farmington and she believes the side deserved the win.

With Farmington defeating Stirling, they made it to the semi final of the Scottish Women’s Premier League Cup and Cowper felt Forfar were the more composed side after a scrappy start by both sides.

“The first half hour of the game was very scrappy but after that we settled into it and in the second half we were definitely more composed and kept possession well at times. Keeping a clean sheet is always good as well.”

The former Aberdeen defender was happy with her own performance after netting her first goal for the club. She now hopes she can add a few more as the season continues.

“I felt I played well, I’ve been disappointed in my last two performances but I was pleased with my performance on Sunday.”

Cowper continued: “As a defender, I always think goals are rare but I can’t complain at scoring, hopefully I can go on and contribute with a few more over the course of the season.”

Cowper signed for Mark Nisbet’s side at the start of the year and has been ever present so far. While she has enjoyed her time so far, she believes the start made by the team so far has helped it become even more enjoyable.

“I’m enjoying it a lot, the girls have been good to me and I feel I’ve settled in well, we’ve had a good start to the season which helps to make it more enjoyable.”

Farmington have kept three clean sheets in their first five games with Cowper keen to use this to build confidence within the team.

“Keeping as many clean sheets as possible is a big thing, especially in the league. It is always a platform to go and push on from and build confidence within the side.”

The side now have a three week break before their next game due to the international break; Cowper reckons the stop-start beginning to the season doesn’t help any team as clubs try to build momentum.

“I don’t think the breaks and weeks with no games help any team. It is good to work on the training pitch with things but then it feels like ages before we can actually put what we have worked on into practice.”