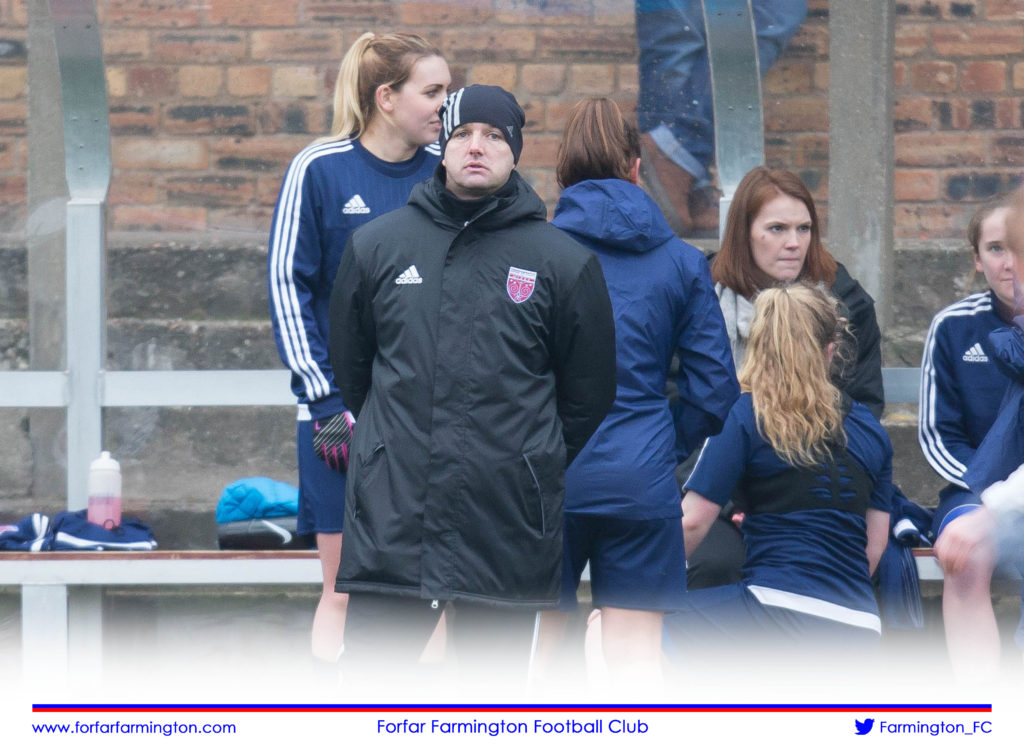 Mark Nisbet is pleased with how pre-season has gone so far for Forfar Farmington but admits he is still in the market for a couple of players.

The Farmington head coach oversaw the side’s first pre-season fixture on Sunday as Kirsty Deans netted in the 4-1 loss to Spartans in a scoreline that flattered the Edinburgh side.

Nisbet was happy with his side’s overall performance and reckons they were unlucky not to score more than the one goal with chances from Laura Parsley and Leah White close to finding the back of the net.

He said: “I’m happy overall with the performance. We have asked the players to carry out various tasks during the game and on the whole they did. A bit of rustiness cost us a couple of goals today but on the positive side of things I thought we carried a good threat going forward and probably should have scored another couple of goals.”

The squad that travelled to Edinburgh featured some of the younger players including U15 goalkeeper Oliwia Gach and while she was an unused substitute, Nisbet believes the experience will stand players such as her in good stead.

“I have no doubt that the experience will give her a boost. This is one of the benefits on the route we have decided to take and as the season progresses we will see that coming back to help us.”

Nisbet has made six signings over the close season, with Chantelle McKay, Laura Parsley, Alison Debio, Lynsey Tugman, Beth Warwick and Suzie Adam joining and he is delighted with their performance in training sessions so far.

“I’ve been delighted with how the players have fitted in during the sessions. The players have taken on the coaching points and really mixed well with the others. The big thing for me is that they understand what the club wants and are buying into that.”

He continued: “I’d like to hopefully add another two or three before our competitive games start just to give us a bit more depth and competition for places in the group.”

The SWPL and U23 squads were combined at the end of the 2016 season to create a Performance Squad and Nisbet believes that he is starting to see the benefits of the decision already.

“At this early stage it’s already allowing me to see more of the players coming through and being able to work with them and the 23’s staff has made a huge difference. I’m really happy with how things have gone so far.”