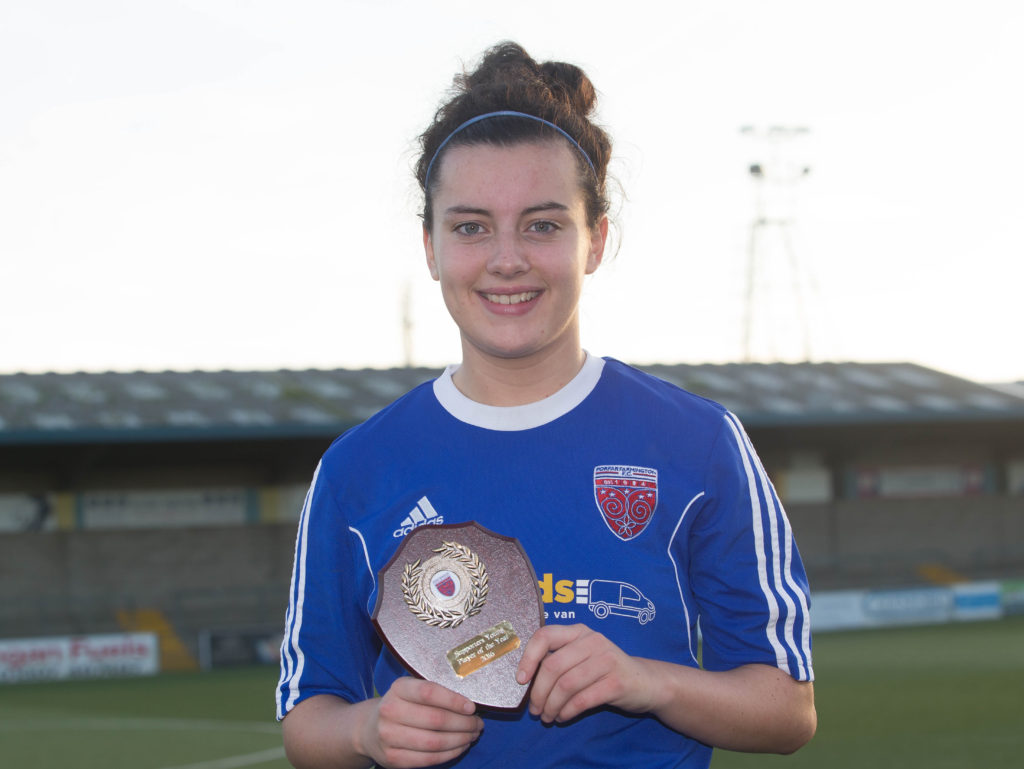 Amy Gallacher felt Forfar Farmington should have won on Sunday as their season ended with a 1-0 defeat at home to Stirling University.

Nicole Pullar’s 30th minute goal was enough for Stirling to take all three points in a scrappy game and the Farmington attacker lamented their lack of chances created while thanking fans for her Supporters’ Young Player of the Year award..

“It was frustrating because I thought we played the better football and deserved the win but we just couldn’t create any clear cut chances.”

“I thought I played okay in the first half but I’ve played better. As a team I thought we worked hard and played some good football at times but just couldn’t find a goal.”

17 year old Gallacher also reckons that the side are more than capable of returning to the SWPL1 at the first time of asking next season after a difficult year.

She said: “I believe we can bounce back next season if we forget about this season and just focus on winning the league in 2017 and getting back where we belong.”

The Scotland U19 internationalist was awarded the Supporters’ Young Player of the Year following the game and Gallacher praised those who have supported the club through thick and thin.

“Even though it’s not been a very good season it’s a good feeling to win the award and I just want to say thanks to everyone who voted and for supporting the team every week through a tough season.”