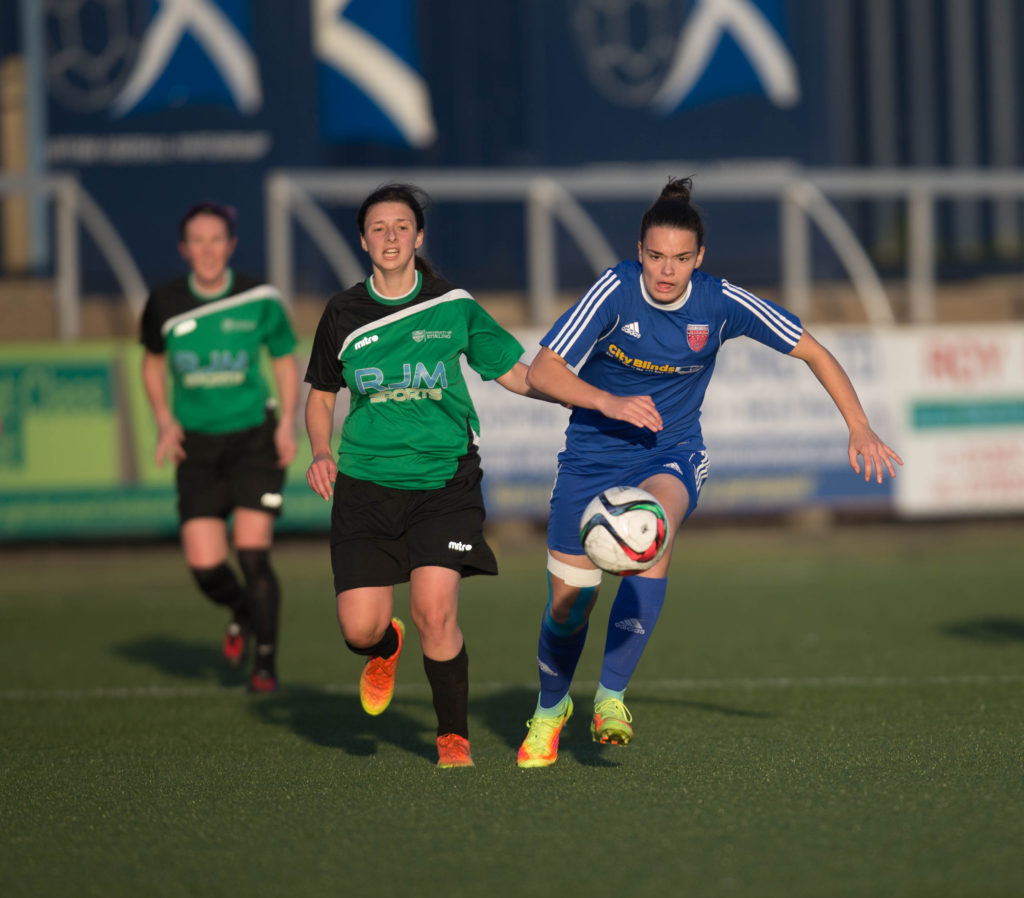 The curtain closed on Forfar Farmington’s season on Sunday with a one goal defeat at home to Stirling University.

Nicole Pullar’s 30th minute goal against the run of play was enough for all three points in what has been the story of Farmington’s season, doing well but unable to score goals.

Forfar almost got off to the perfect start when Kirsty Deans tested Chloe Logan in the second minute with the keeper holding her effort.

On the quarter hour mark Milligan came agonisingly close to breaking her scoring duck for the side; an Ann Taylor cross caused problems for the visitors in the box and when the ball fell to the defender she rifled past the post.

Logan had to look sharp to stop a Napier cross that looked like curling in shortly before Stirling missed a big chance to take the lead in the 23rd minute. Rachel Donaldson’s cross in to the area found Rebecca Galbraith but the unmarked attacker scooped her shot over the bar from close range.

Farmington seemed to look dangerous going forward but it was the visitors who took the lead in the 30th minute; Nicole Pullar was sent clear and slotted the ball past McNicoll.

Robyn Smith could have pulled Forfar level six minutes after going behind when the ball found its way to the unmarked winger however she swept her shot over the bar.

Kirsty Deans came close to equalising less than a minute in to the second half when she was set up by Amy Gallacher with the twenty yard effort flying just over the bar.

Six minutes later Holly Napier’s corner was cleared as far as full back Ann Taylor and she rifled over from long range.

Pullar looked lively up front and came close to netting again in the 56th minute when she was sent clear again but struck her shot straight at McNicoll.

Nicola Davidson set up Deans however she could only fire over again as both sets of players began to tire.

McNicoll had to look sharp to claw a great Demi Falconer effort away before Falconer nodded over from a Jade Gallon corner.

Pullar wasted another chance to extend the lead just before full time as the season ended with defeat for Farmington while Stirling should be congratulated for their efforts in reaching fourth in the SWPL1.