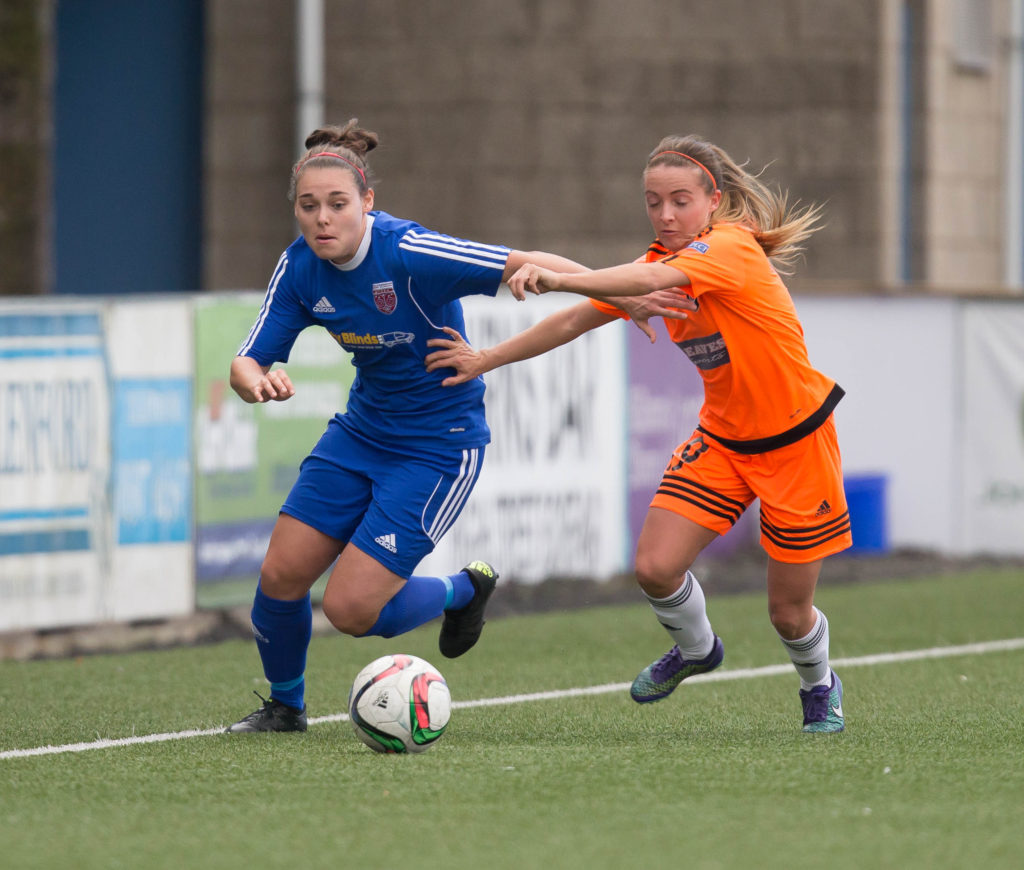 Sophie Milligan hopes to end her time at Forfar Farmington on a high before departing for a new life Down Under next month.

The 24 year old will complete two years at Farmington with games against Rangers and Stirling University with the defender hoping the side can finish the season positively despite relegation to the second tier of the Scottish Women’s Premier League.

Milligan reckons that despite a tough season on the field for the squad, it has also been one of the best with the players sticking together and fighting for each other.

She said: “In regards to outcome of the season, with relegation, it’s my most disappointing season I have had in football but there are still positives to take. On the other hand it’s been one of the best in terms of the group of girls, fighting for each other and the general comradery in the squad.”

“We’ve stuck together through a tough season and next season we can rebuild and aim to bounce straight back to where the club belongs.”

The defender believes the side have been unlucky with results this season and deserve something from the last two games to show for their hard work, aiming to take something away in her final fixtures.

“Of course I want to end the season on a high, the team has worked hard this season and we’ve stuck to task even when things have being going against us, especially towards the end of the season. If we take what we have doing in training into these last games, we are more than capable of getting results.”

Milligan admits it was tough to make the decision to relocate but added that it was an opportunity she would regret if she let it pass.

“It’s been a very difficult decision to make but I feel it’s the right time in my personal and professional life to do so and it is an opportunity I feel I will regret if I let it slip by. Obviously I am going to miss my family and friends massively, but football and Farmington are a big part of my life too; Gemma Collier being one of my best mates sort of brought me to this club, so it’s going to be difficult saying goodbye.”

The versatile defender is unsure how long her spell in Australia will last, with the opportunity to stay and continue her life there after her original year one of many options open to Milligan.

She said: “Truthfully, I don’t know how long I will be there. I currently have a year’s visa but I’m planning to do a lot of travelling and random jobs at first to keep me going. If I then find somewhere I’d like to stay, I have to opportunity to apply for my registration and continue my physiotherapy career and football out there too.”

She also expressed her desire to return to the club if she was to come back to Scotland, speaking highly of the family spirit at Farmington.

“I would be more than happy to come back to Farmington. The club is another wee family to me and there’s not another bunch of girls I’d rather get back on the pitch with. Apart from wanting to play football with my mates again the club has a great set up and ethos for developing girls and maintaining a high level once they reach the premier team.”

“I would also like to take this opportunity to thank everyone throughout the club in making my time at Forfar better than I could have imagined.”