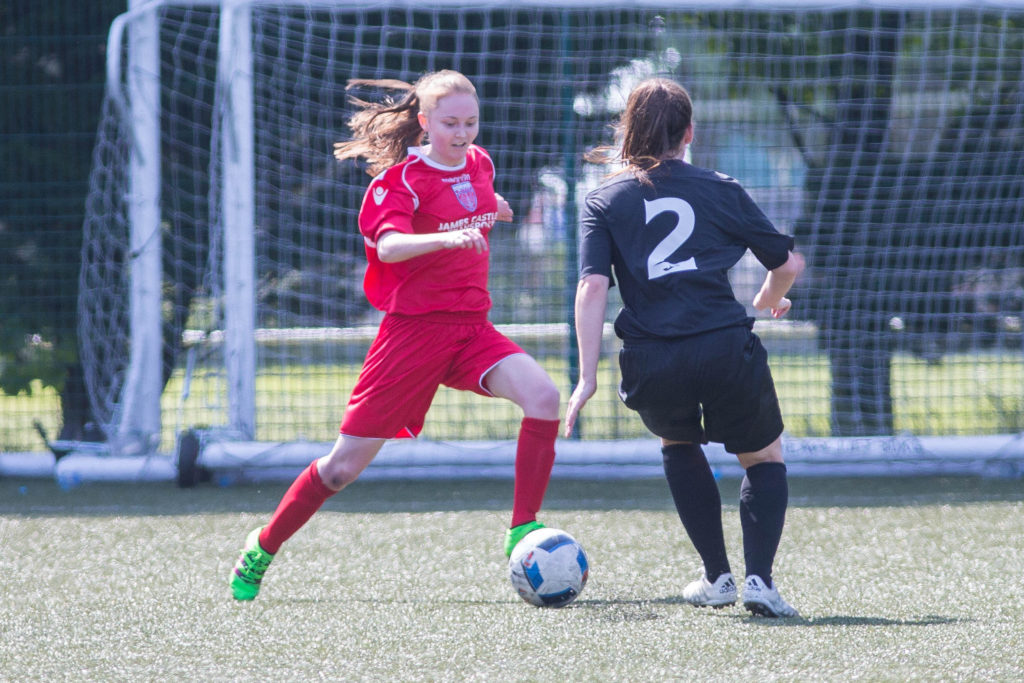 In windy and wet conditions, both teams struggled to keep control of the ball as John Dunn’s development side came away with all three points at Garthdee.

Aberdeen played with a strong wind behind their back in the first half and had more possession early on however the Dons failed to covert possession to goals. Forfar started to create more chances, using speed on the wings to press the defence but with no telling finish. The Forfar defence was resolute in restricting the hosts’ chances in the final third to a minimum.

Farmington came close on several occasions in the second half when the keeper was forced to make a series of saves in the face of the advancing strikers. Halfway through the second half Forfar’s persistence as Sally Patterson burst between two Aberdeen defenders and guided the ball past the advancing keeper. The Dons tried to force themselves into the game again but were dealt a blow when they were had a player sent off late on.

The game finished with the agreement of both teams to allow treatment for Carrie Hoggan, after she suffered a suspected broken ankle following an innocuous collision. Thankfully, the injury was limited to a bad sprain at the hospital and Farmington would like to thank Aberdeen for their assistance.