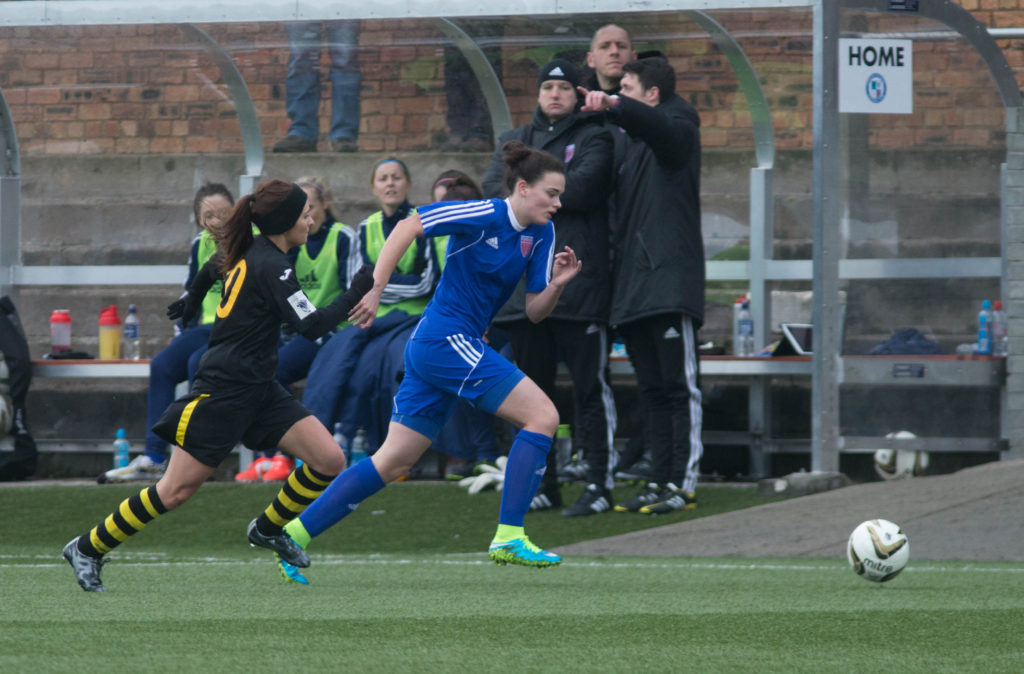 Kayleigh Noble has signalled her intention to force her way into Mark Nisbet’s starting eleven in the coming weeks.

The winger has appeared in every game this season, albeit from the bench and she reckons that through hard work she can prove her worth to the head coach.

Noble admits that it will be difficult with both Amy Gallacher and Robyn Smith starting the majority of games in her favoured left wing position.

She said: “I feel that Amy and Robyn are playing well just now. I would like to get the opportunity to start and show the manager what I am capable of; this means working hard at training and trying to prove my worth to the team.”

The 19 year old has also filled in at left back for the Premier League side as well as the development and Ladies in recent months and states that while she is not used to the position, she is determined to give it her all if she is given a specific role to play.

“I find playing left back challenging as it’s not a position I prefer but if I have been given a role to do then it’s my intention to play in that position to the best of my ability.”

Noble made her debut in July 2013 with a scoring debut against Hutchison Vale and has since scored five goals in 40 appearances with 23 of those coming from the bench. She admits it is hard to make a proper impact as a substitute but feels she can make a similar impression like last season when she chipped in with a few assists.

“I find it difficult coming on late and trying to make an impression and fit into the game. I always find by the time you start to get your touch the game has ended without you getting as much time on the ball as you would prefer to. I’m hoping to make the same impact as last season and try to even get more assists and a few goals along with more game time under my belt.“

Following the side’s defeat to Hibs last Sunday, Noble believes the side improved their performance against the Edinburgh club.

She said “I was disappointed to not get a start but felt the overall performance of the team was of a good standard.  It was always going to be a tough game but I thought we matched them pretty well in the first half despite losing the two goals. Kirsty’s goal was fantastic and it helped boost the team’s confidence as we hunted for a second goal.”

This interview was featured in our match programme this past Sunday.