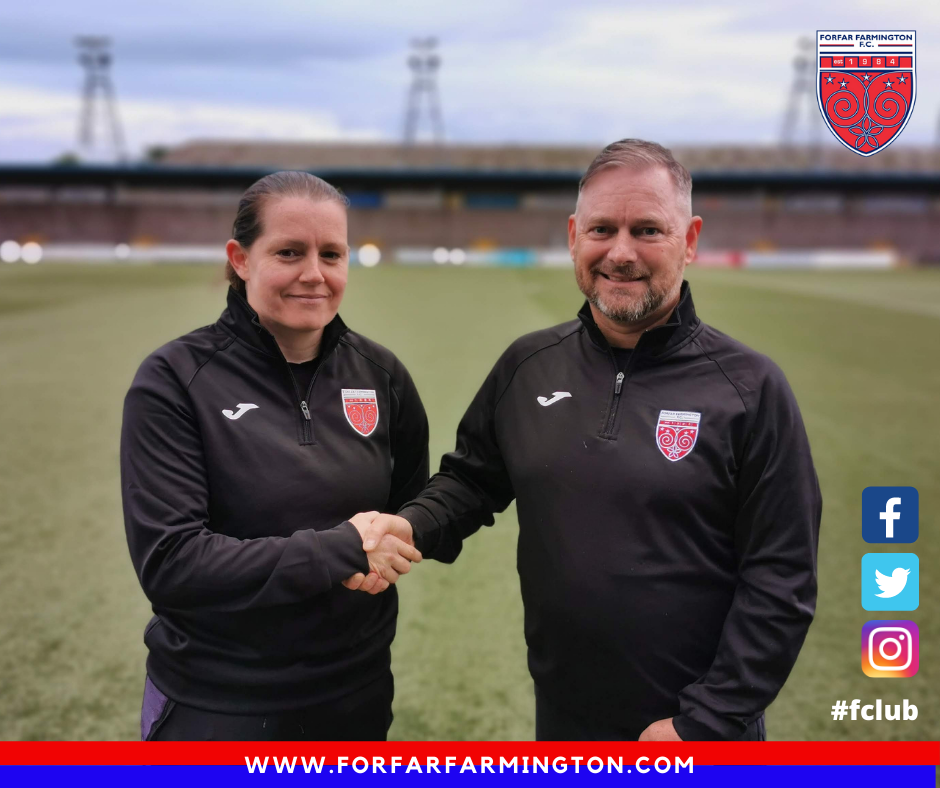 We are delighted to announce the addition of Suzanne Mulvey as both a player and coach to our SWPL1 squad.  Suzanne brings huge experience to the pitch and changing room and is excited to be working again with Eddie Wolecki-Black.

The ex Scotland International striker with 37 caps has enjoyed success throughout her career particularly winning SWPL1 league titles at Glasgow City and an SWPL2 title with Motherwell in 2018.

She juggles her busy home life and football alongside being a director in Sentinel Sports Ltd, a US college recruitment and placing company helping young talented athletes in the scholarship process.

Head Coach Eddie Wolecki Black said, “It was imperative that I recruited someone I could trust both in the dressing room and on the pitch, having worked with Suzanne at 3 different clubs she was my first choice to join the staff.  I much prefer positivity in and around the club and Suzanne naturally brings that.  Of course, her undoubted ability and experience will I believe prove to be invaluable to her team mates on the pitch and to the current staff off the park. I am personally delighted to get Suzanne on board as the past 2 weeks have seen several players depart from the club. Hopefully, we can announce further additions over the next few days as we begin our preparations for the season ahead.”