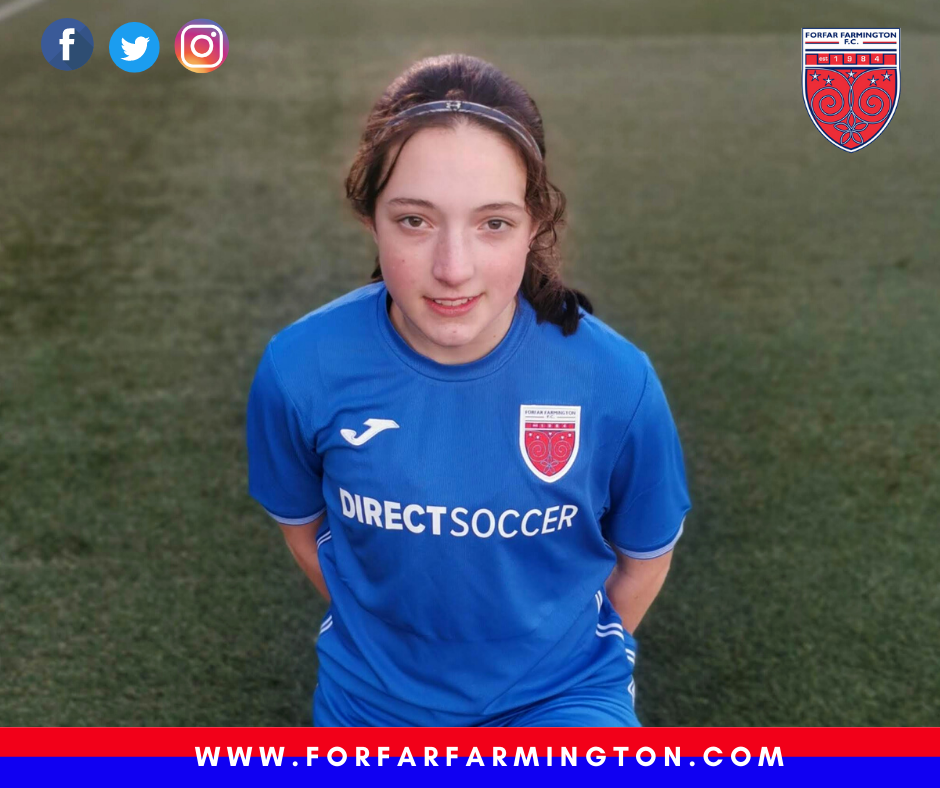 Charlotte Taylor came in for her Forfar Farmington Premier Team debut last weekend in that 3-2 win away to Motherwell.

As featured last night, Taylor alongside Alix Saddler, Zoe Bruce, Rachel Neave & Beth Mowatt have all been involved in the 1st team picture of late which speaks volumes of the work that gets done with the youth development programme at the club.

Taylor spoke about the experience last week in Lanarkshire saying, “I thought it went well last week against Motherwell & the team got a good win, I came on for Charlotte Gammie and tried to kill the game out.

“Kevin McGreskin said to do my best before I came on and to give 100% to the team, it was a good experience playing against top quality players, I also played against Rangers who are a very good side.

“Playing in the SWPL1 is different standards but you need to try & put in your best at all times.

“Coming into the Prem Team from the Under 19s is a step-up but I am enjoying the experience, there’s a massive difference in quality and the game time you get you have to make the most of it.

“We will have an intense run of games coming up and we have a young squad so the experiences are only going to grow. “

Charlotte paid tribute to Ian McDiarmid, one of the youth development coaches at the club for her development through the pathway at Farmington with Taylor adding.

“Ian is the one that pushed me forward and started to give me more opportunities when Ryan McConville was manager here, Ian, alongside some of the more experienced players at the club have told me to stay positive and to be confident in yourself.

“Glasgow City have a quality side with quality players and hopefully we can give a good account of ourselves on the TV.”