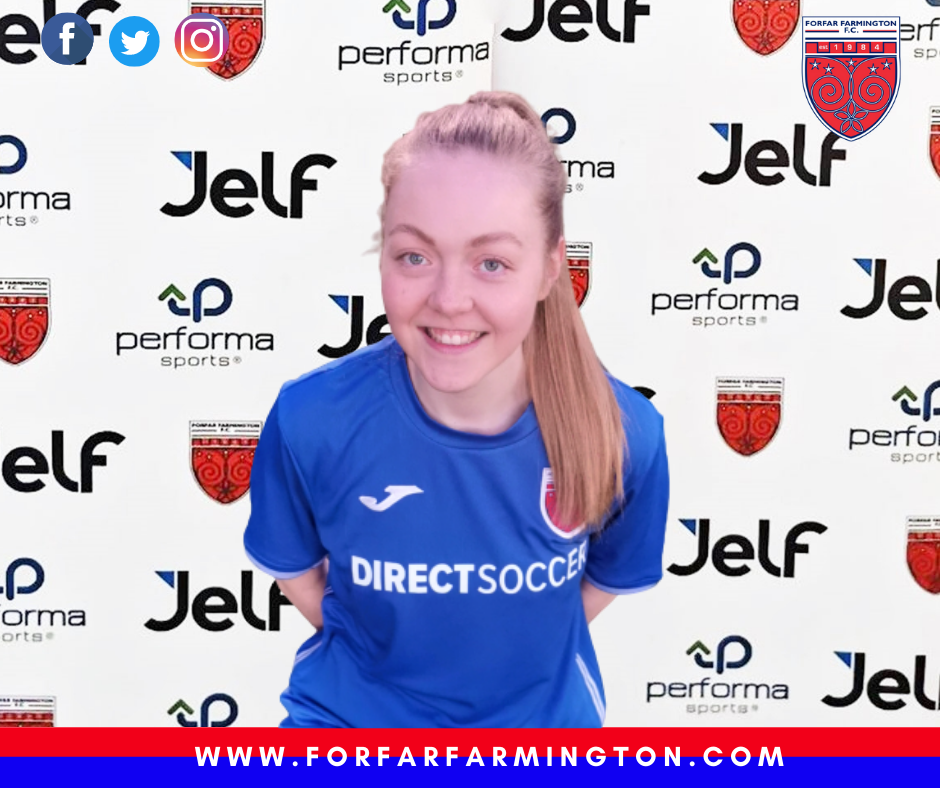 Leah White is a player & coach known by many around FClub circles & the left back certainly knows her way around the youth corridor into the Premier Team at Forfar Farmington.

White came through the youth system at the club before joining the Prem Team tasting success back in 2017 winning the SWPL2 title.

The left back has struggled with game time of late & was happy to be given the chance last week by head coach Kevin McGreskin, she looks ahead to tomorrow’s televised game with Glasgow City by saying.

“It’s going to be a hard game but we’re up for it and have been training hard, if we can get something then it would be great, hopefully we can build on her performance.

“Glasgow City are good & pacy with the ball and are always dangerous, we will focus on ourselves though and we are looking to make a good account of ourselves.

“Kevin has been brilliant with myself & the players, he fits in great with the team and is a great coach, he demands standards from players.

“I struggled for game time last season, and I was happy to get a start with the resumption of competitive football last week, hopefully I can build on this and help the team out as much as I can.

“There is a family ethos about this club and we are like a family, I know everyone says it but it really is, we get on well together. When we are enjoying good moments like we did last week & being successful then it’s always positive.

Charlotte Taylor, Alix Saddler, Rachel Neave & Zoe Bruce were in the squad last week for the 3-2 victory over Motherwell with White dedicating last week’s victory to the work that gets done behind the scenes to the youth development programme at the club.

White added, “The junior set-up at the club is good, it’s great when players come into the Prem Team and also stick around with the club for a very long time which has been proven in the past.

“Players like Alix, Rachel, Zoe, Charlotte & Beth Mowatt (GK) have been through the youth development pathway before making the step-up to the Prem Team.

“Young players look up to players like myself when we are taking sessions, with more media coverage and attention towards the women’s game, it will only help the pathway moving forward.

“The message to the young players is stick in & work hard, you don’t always get to play 90 minutes but opportunities will come when you get them, you just have to believe in yourself.”