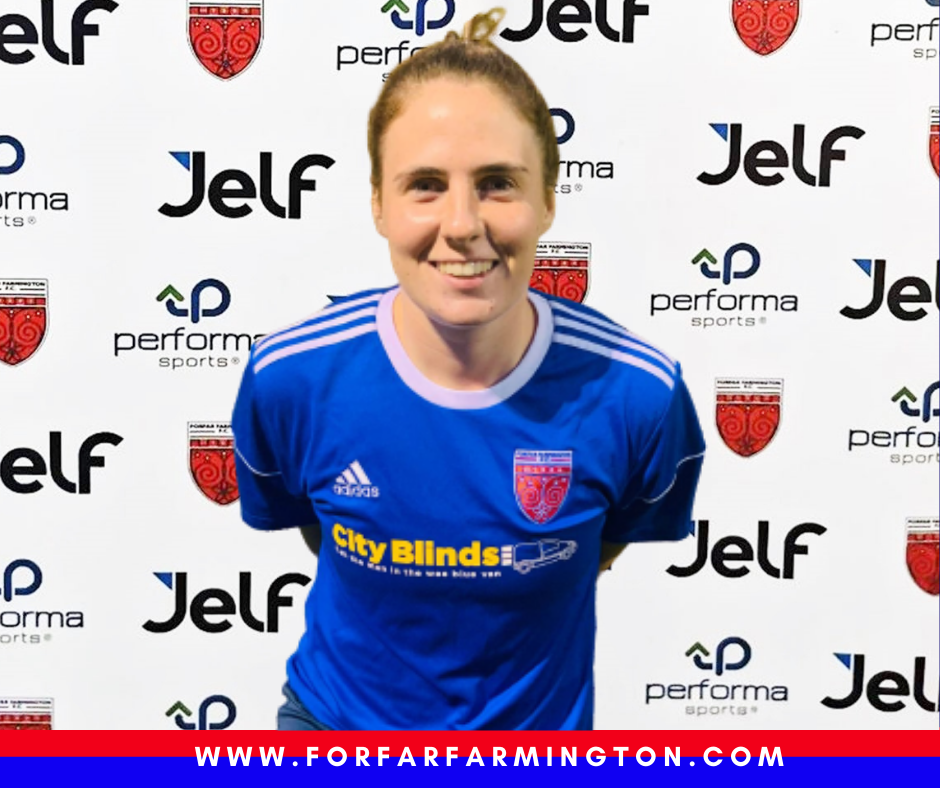 Forfar Farmington defender Donna Paterson has enjoyed a fine run of scoring netting 3 times in the last 2 league games, she admits however that she is expecting a challenging game against Hearts tomorrow in the SBSSWPL.

The former Scotland Under 19s defender had to be taken off in the latter stages of the 2nd half away to Glasgow City last Sunday after a knock however has been given the green light to come into contention for another place in the Starting 11 tomorrow afternoon.

“Hearts will be a challenging game for us & it could go either way, we are hoping it goes our way however know how hard a game this is going to be, hopefully it’ll be more of an attacking game where both sides are going at it & a game where we can try & win rather than sit back.

“The win would be great however it’s early on in the season, we are looking forward to the game tomorrow & play more attacking football than we did last week.”

Paterson briefly talked about her goals record currently by saying, “I don’t know where that’s came from to be honest, I am looking to get more goals & more wins though.

“There has been a positive vibe in training, Ryan McConville & Kevin McGreskin have got us playing football rather then the lump up the park as we were known for. The new strategies are paying off & we are winning games which help.”