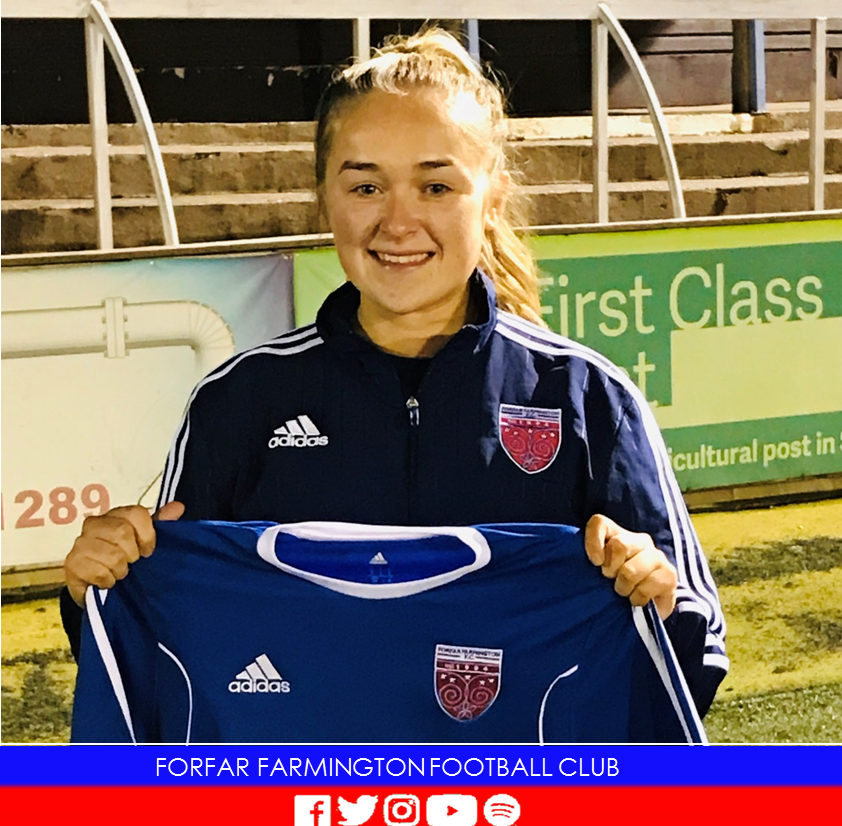 Our Women’s team have welcomed six new faces to their squad in recent weeks as they kick off the new season in SWFL2 North/East.

We caught up with Coach Jeff Rioch as he looked ahead to their cup tie on Sunday v Gleniffer Thistle.

“We were pretty tight on numbers last year but retained all bar one of the squad and I’m delighted to add the six players to take us up to twenty.  It allows for good competition all over the park and that makes training fresh and also more intense which I’m hoping transfers onto the pitch.  The energy in the group is great, we’ve a lot of young players but a number of experienced ones too so it’s a nice mix and the new players have all settled in easily”

“Three players have stepped up from last year’s u17s to continue their development within the club pathway. Katie White, Morgan Davie and Jessica Dailly have been at the club for a number of years now so I’ve known their qualities for a long time and it’s great to have them involved.  It was fantastic that Katie and Morgan both played the full 90 mins on Sunday’s league game and certainly didn’t look out of place and Jess is available to play from this week too”

“One of the positives of our trips North last year was finding out that Moray Ladies player Emily McAuslan was to be studying at Uni in Dundee. It was a no brainer to try and bring her to Forfar as she played well in our games against us. After meeting Em late November I was delighted when she committed herself to Farmington in the New Year. She’s really impressed in our games so far and has been a composed and strong presence in defence”

“Young Beth McDonald has come in as well from Dryburgh and is working hard in training and I’m looking forward to her getting games over next couple of weeks. She is also strong with two good feet and keen to progress”

“Finally Morgan Smith signed on this week.  She hasn’t played for a few years since her days at Arbroath Inchcape as she’s been studying and now qualified as a corporate solicitor. She was unfortunately injured in pre-season which set her back a couple of weeks but she’s been training fine the last week or so and her confidence is building weekly”

“It was frustrating on Sunday as we created numerous chances at 1-1 which on another day, we take and the game’s won comfortably. We then get caught with a late sucker punch and no time to recover. It was good that we were creating chances though and looked solid defensively so plenty to build on this week in training with our cup tie at home on Sunday to look forward to”