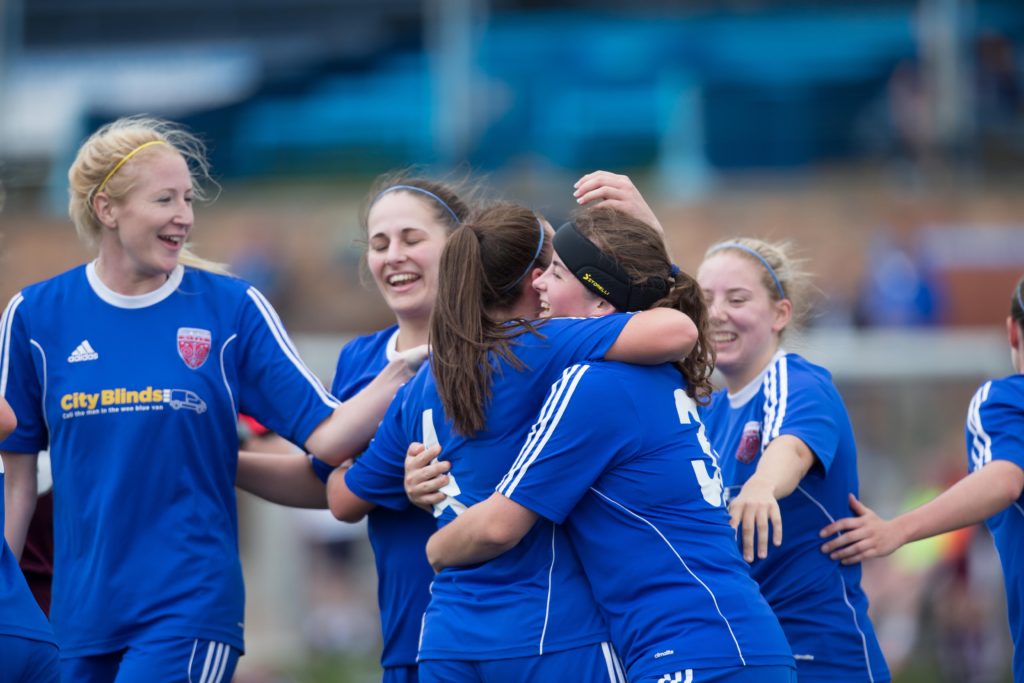 Forfar Farmington continued their excellent home form with a 3-1 win over Heart of Midlothian on Sunday in the Scottish Women’s Premier League Two.

Erin Cattanach’s first competitive goal for the club opened the scoring with Nicola Davidson scoring a fantastic double to seal the win despite Stacey Hutchison’s consolation for Hearts.

This was McKay’s Premier League debut for the club with the 20 year old acquitting herself well and was unlucky to concede.

Gemma Collier had the first effort seven minutes in when she headed a Nicola Davidson free kick wide of the mark.

Hearts started to settle following this and came close themselves through corners from Kara Kidd; Stacey Hutchison and Louise Moultray failing to keep their headers down.

The deadlock was broken in the 24th minute when Julia Scott’s cross was deflected into the path of Erin Cattanach who volleyed home at the back post for her first senior goal for the club.

The lead was doubled on the stroke of half time; great work from Cheryl Kilcoyne led to a cross finding McGinley inside the box but her header hit the post and Robyn Smith forced the ball to Nicola Davidson to blast home from twelve yards.

Gemma Collier had to look sharp to clear a free kick off the line early in the second half while at the other end Scott fired into Ashley Watson’s arms.

Davidson added a third just after the hour mark when she stepped up to send a trademark free kick into the top corner from 25 yards.

Robyn Smith hit the woodwork as the game progressed into the final stages; running onto a McGinley through ball before hitting the far post from a tight angle.

The result keeps Farmington six points ahead at the top of the league with Mark Nisbet’s squad in Scottish Cup duty this Sunday as they host Buchan.