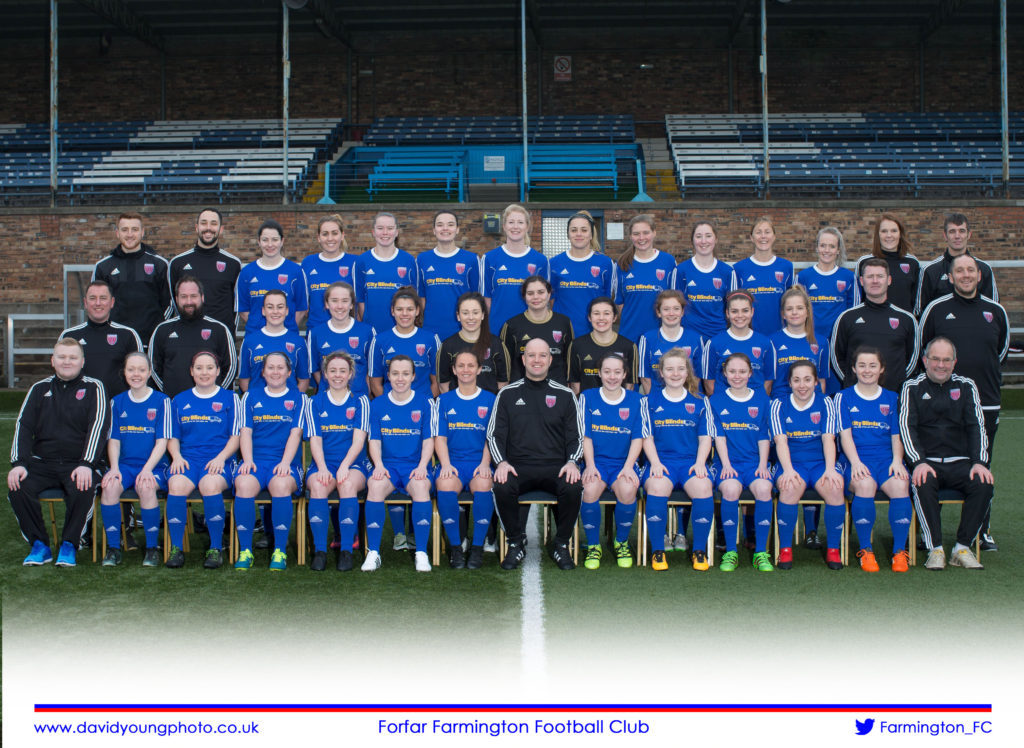 The club have completed the signing of Kayleigh McIntosh and the midfielder is eager to get going with a new challenge.

McIntosh left Tayside Ladies last week and after appearing for the U23 side against Stirling University’s development side she has put pen to paper.

The 23 year old expressed her delight at joining Farmington and reckons it was time for a fresh start after a lack of game time at Tayside in 2017.

McIntosh said: “I’m really happy to have signed, I was wary at first of a new challenge, but I think it was just a comfort thing as I’ve only ever played for one team but I’m definitely enjoying the new challenge.”

“The reason I decided to come to Forfar was that there was a lot of change at my previous club ahead of this season, I wasn’t getting much game time and wasn’t enjoying it as much for that reason.”

Kayleigh believes she has made the right move at this point in her career as she looks to build on her four years at Tayside.

“I had a think to myself for a while and thought if I don’t go for it and go for a new challenge now at the age I’m at, I never will.”

She continued: “I know that in the long term this is going to be the best move for me, with the set up and backing there is at Forfar this will help me improve my game.”

The central midfielder played in the U23’s 3-2 defeat at home to Stirling University Development last Sunday but despite the defeat she was full of praise for her new teammates.

“Making my debut was great, I thought we played very well despite the result and all the girls have made me feel really welcome which has made it ten times easier for me.”

McIntosh admitted that she hasn’t eyed a spot in the Premier League match squad yet but would love to have an opportunity once she has settled in.

She said: “I’ve not thought to much about SWPL as I’m just finding my way here, really enjoying getting more game time and starting to enjoy my football again but long term, I would love to be able to prove myself to the coaches, train hard and maybe one day get my chance.”