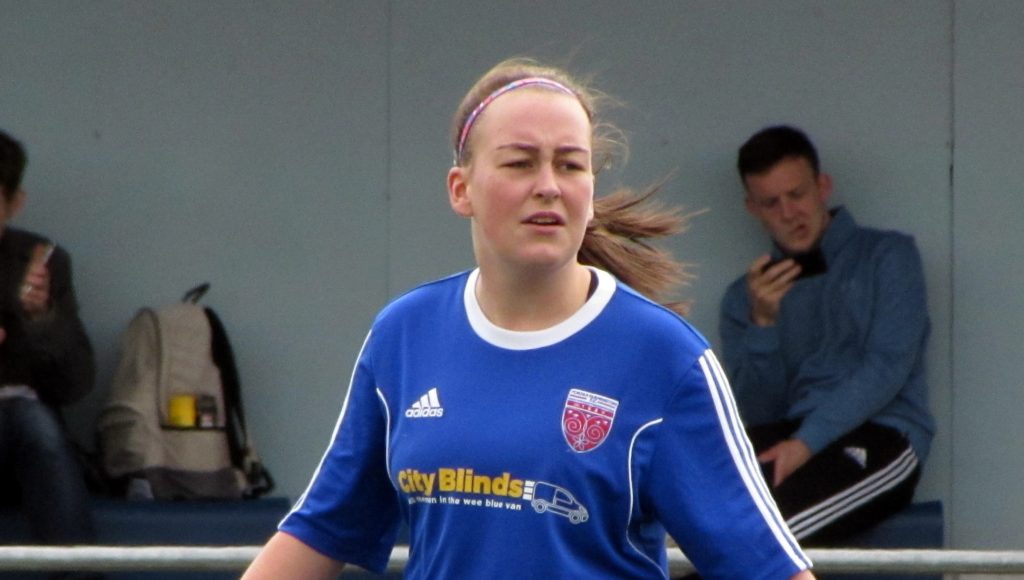 Erin Cattanach was disappointed to lose on Sunday but felt her Forfar Farmington teammates performed well in their Scottish Cup defeat to Celtic.

The defender played the last twenty minutes for only her third appearance for Mark Nisbet’s side and reckons she could have done more in her time on the pitch.

The 18 year old felt the side were helped by their attitude on the park ensuring they weren’t pushed over by the hosts.

She said: “I thought it was a great battle that we fought on Sunday; we were physical from the outset which really helped us as a side against Celtic. Our work rate was excellent for the whole 90 minutes and everyone gave 100%. I think we could have had a better result but everyone was fantastic to keep it a tight game considering our injuries.”

Cattanach was critical of her own performance after coming on at 2-1 but vowed to work hard to improve on her first appearance of the season for the side.

“I feel my performance could have been better and I was disappointed in how I performed. I came in at a crucial stage as we were 2-1 down with not long to go so I felt I could have done more as I was a fresh pair of legs so could help them out. I can’t look back on it now as I tried my hardest and that’s all I can do; I will take a lot from today’s game and work on it.”

The Kirriemuir based defender, who has been at the club for twelve years, made her senior debut in 2014; making a further appearance that year. Like her fellow development squad member Beth Shillitto, Cattanach hopes she can force her way in to Mark Nisbet’s plans more often and praised the SWPL squad for being so welcoming to her.

“I was very excited but nervous to be involved; I knew the expectations would be high as I am stepping up to a much faster and more intense game. I had confidence in myself however as if Mark did not think I was capable I wouldn’t be asked to play.”

She continued: “I’d like to think I can force my way in to the team more often. I don’t enjoy just the game but the day as a whole as I learn new things and everyone in the team are welcoming and fun to be around. I hope to be involved with future plans within the 1st team.”

The Premier League side are back in league action this Sunday when they host Rangers, kick-off at Station Park is 1pm with admission £4 for adults while under 16’s enter for free.