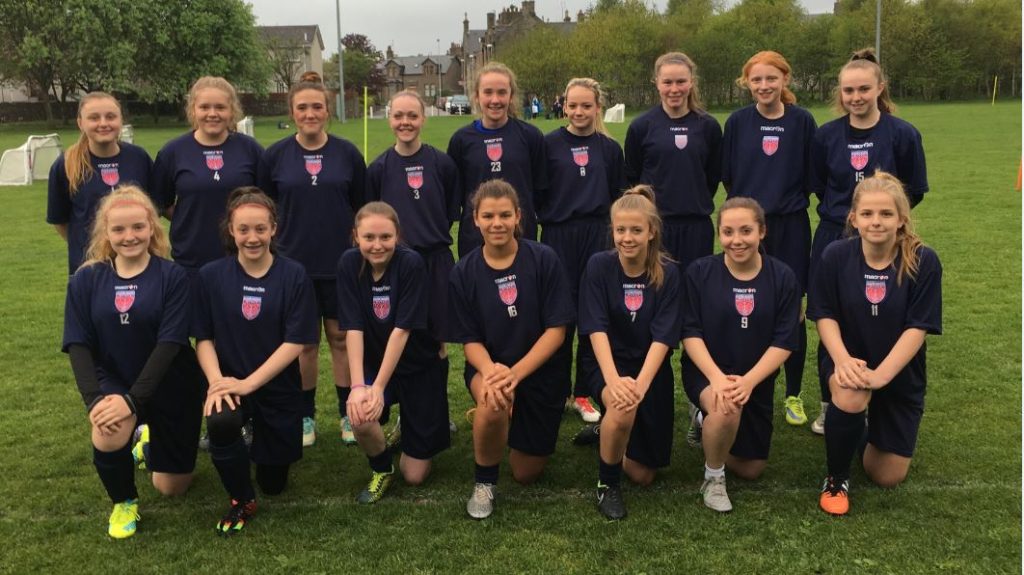 Forfar Farmington 17s took their place in the East Region League Cup Final with a hard fought win over Dunfermline.

Striker for the day, Sophie Young opened the scoring after fifteen minutes, after the Dunfermline goalkeeper was unlucky not too force the ball over the bar. Forfar dominated the first half, having an effort cleared off the line and coming close several times, but reached half time with only a slender one goal lead to show for all their efforts.

In the second half Dunfermline battled well and equalised after an effort came back off the post and was judged to have crossed the line before it was cleared. Forfar upped the effort level and were promptly back in the lead through a Tammy Mclaren shot at the near post, after Carrie Hoggan ran riot on the right.. An exciting gamed flowed from end to end, before Forfar began to see daylight when they scored their third. A Carrie Hoggan shot was pounced on by Tammy Mclaren to score from a narrow angle for her second of the day. Dunfermline fought well right to the end, forcing several corner and free kicks, but couldn’t close the gap.