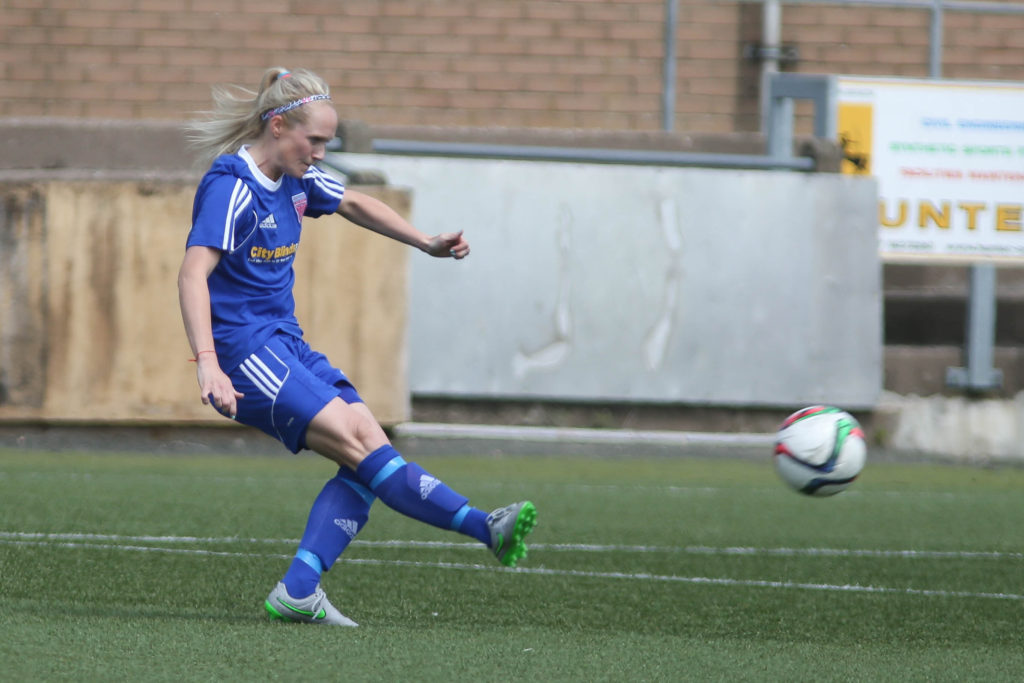 Forfar Farmington fell to a 3-0 defeat against Spartans on Sunday after a lacklustre display.

Goals from Laura Gavin, Alana Marshall and Christie Kerr sealed the win for the Edinburgh side with Nicola Davidson going closest for Forfar; her free kick tipped on to the bar late on.

Mark Nisbet fielded the same side that were edged out by Celtic with the only change coming on the bench as Alana Bruce dropped out and goalkeeper Hannah Dryden came in.

Spartans opened the scoring just two minutes into the game when Alana Marshall squared the ball to Laura Gavin and she stroked the ball home into the bottom corner from the edge of the box.

Farmington looked to grab a quick equaliser two minutes later when Julia Scott stepped up for a free kick 25 yards out but the winger curled her set piece over.

In the 21st minute Lindsey Dunbar and Scott combined to send a cross into the danger zone with Sousa setting up Gallacher but she could only send her effort into the arms of Eartha Cummings.

Shortly after the half hour mark Sousa split the defence with a through ball that Scott latched onto but she failed to beat Cummings with her shot.

A minute later Spartans came close to a second; Trish McLaughlin seeing her long range effort tipped onto the bar.

Scott created a couple of opportunities for the hosts as half time approached but Sousa hooked the ball over the bar while Gallacher saw her shot deflected into the arms of the keeper.

Five minutes before half time and Spartans extended their lead when Kirsty McLaughlin’s effort was parried by McNicoll and Marshall was on hand to bury the ball in the back of the net.

The visitors had a chance to further add to their two goal lead a minute into the second half with Mason’s corner nodded over by Gavin.

Forfar were dealt a blow shortly after when they were forced to substitute Gemma Collier who had come on less than a minute earlier. Collier made a great effort to race back and deny Louise Mason but had injured herself in the process.

Ten minutes later Scott went close again when Megan McCarthy’s free kick was headed out as far as her; her long range strike flying wide of the mark.

With eighteen minutes remaining Forfar looked to grab a goal that would make the final stages interesting however Kirsty Deans couldn’t keep her shot down.

Scott struck a low free kick at Cummings but it was the visitors who grabbed the next goal to kill the game with ten minutes left. Substitutes Ronaigh Douglas and Christie Kerr combined and it was the latter who raced into the box to lash the ball past the oncoming McNicoll.

Farmington came closest to a goal in the final five minutes when Davidson’s free kick was tipped on to the bar by Cummings; from the corner Stephanie Milne saw her header cleared off the line by Mawson.

The result leaves Forfar in seventh and they now face a three week break before their next league game, once again at home to Aberdeen. They also travel to Buchan in a fortnight on Scottish Cup duty in a welcome break.