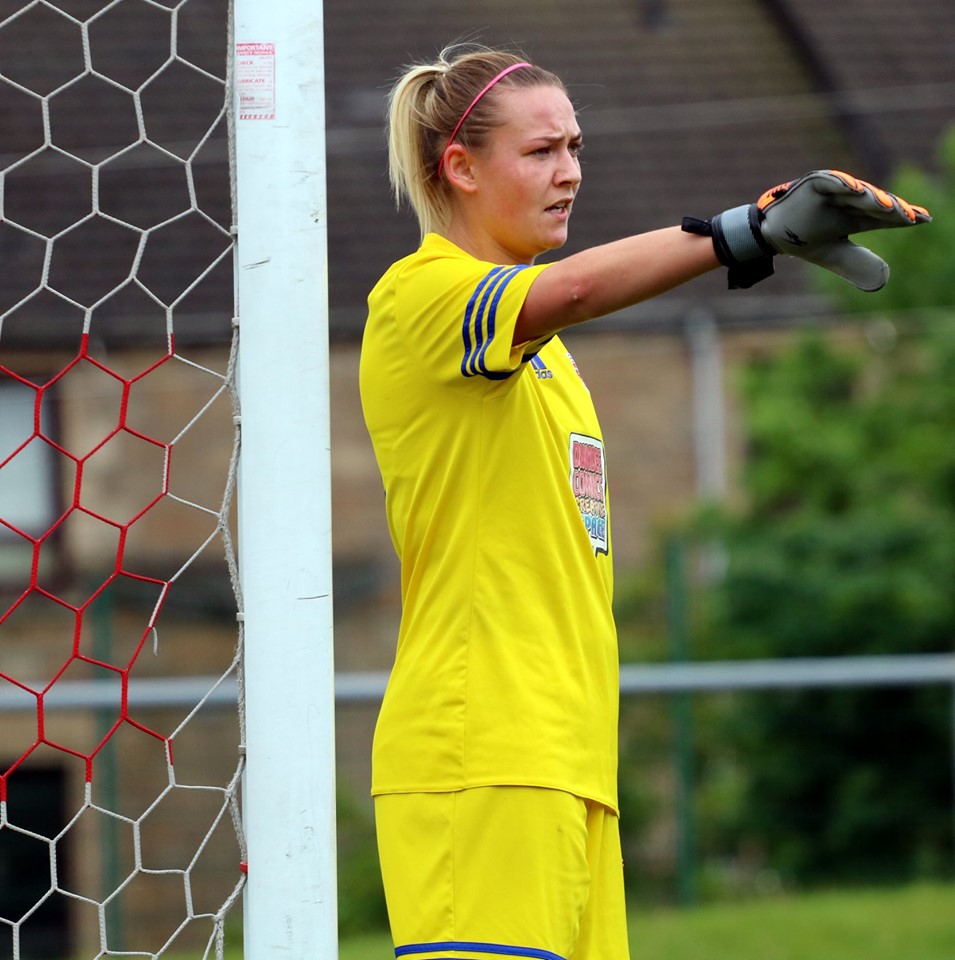 Stevie Baxter referred to the afternoon as “embarrassing” as Forfar Farmington conceded ten goals away to Glasgow City on Sunday.

In the final game before the summer break, Farmington conceded five in either half, with a trialist netting a consolation 28 seconds after the break.

A goalkeeping situation through injuries and unavailability meant Baxter was forced to play Kayleigh Brough in goal. This wasn’t new to the defender as she had played in goal in her youth career as well as playing in an SWPL fixture in November 2014.

Despite the score line, Farmington arguably started off the first half the better side with the first chance after four minutes; Donna Paterson sending a free kick into the box and after controlling it Cassie Cowper lashed an effort over the bar.

At the other end Leanne Crichton couldn’t get her header on target from Leanne Ross’ corner.

Beth McPherson went even closer in the eighth minute, receiving the ball from Beth Shillitto before firing inches past the post.

Eight minutes later City opened the scoring as Jenna Clark got the slightest of touches to a Ross free kick to divert it into the net.

In the 26th minute it was two as another Ross set piece was netted by Kirsty Howat.

The lead was extended two minutes after the second goal as Murron Cunningham gave Kayleigh Brough no chance.

A further two goals was added before the break in the 38th and 41st minute when Howat grabbed her second and Hayley Sinclair made it 5-0.

Just 28 seconds after the break Farmington had pulled one back; Danni McGinley held off her marker to spray the ball out to Erin Cattanach whose cross was blocked but the ball fell to McGinley again and she laid off Alana Bruce for a cross that found the trialist striker and she lifted the ball past Lee Alexander.

Stevie Baxter’s side almost had another shortly after when Shillitto sprayed a cross into the box and the trialist and Cheryl Kilcoyne were agonisingly close to meeting the ball but the danger was cleared by City.

In the 51st minute the five goal lead was restored when Clare Shine fired past Brough.

Four minutes later City were awarded a penalty when Cattanch was adjudged to have fouled Sinclair just inside the box. Ross stepped up and saw her spot kick saved by the legs of Brough but she reacted quickest to the rebound to make it 7-1.

Shortly after the hour mark it was eight for City when Shine and Megan Foley combined for the former to net her second of the afternoon.

Shine could have completed her hat trick ten minutes later but was denied by Brough while she blazed well over the bar when it was easier to score after Nicola Docherty had hit the post.

Docherty made up for hitting the post by adding a ninth in the 72nd minute before Hayley Sinclair completed the scoring with her second and City’s tenth a minute later.

All in all it was an afternoon that hurt the players and backroom staff but they will look to work hard over the summer break and bounce back from this in the second half of the season.