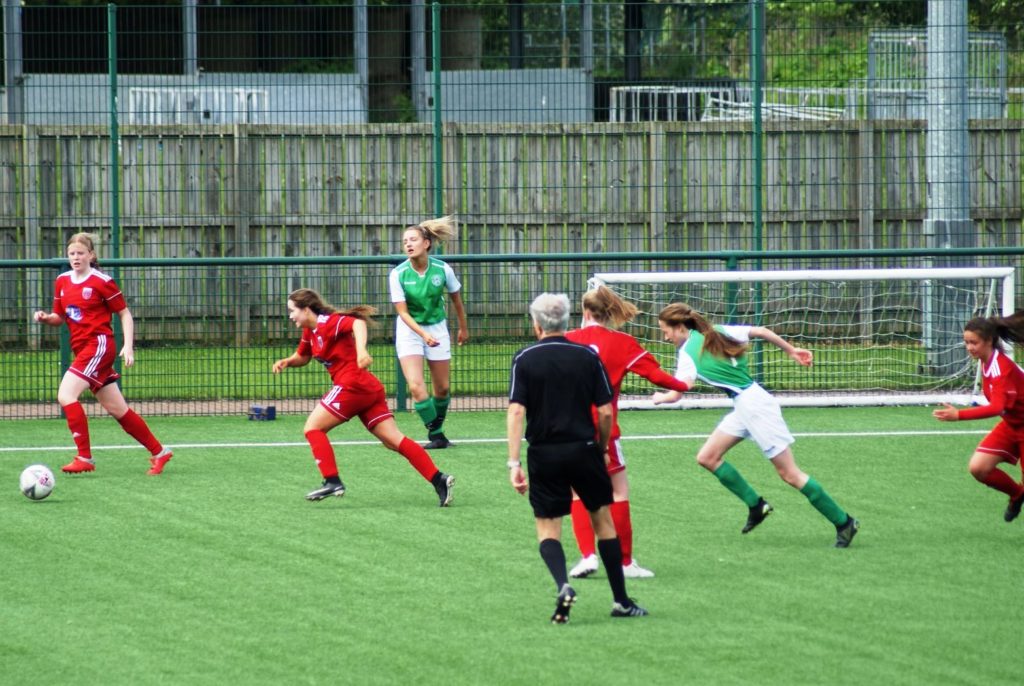 The U17’s travelled down to a very windy Hibs training ground. Previously been held to a 0-0 draw at Station Park in the league, and it was clear the strong wind would play a major role in the tie, with Farmington playing into the wind in the first half which gave Hibs the advantage as most of the action was in the Farmington half, the girls fought hard and managed to clear half way into the Hibs half which was good play considering the condition’s. However opposition managed to capitalise and found the back of the net twice which did not dampen the girls spirits, as did not the horizontal rain at the end of the first half.

Farmington kicked of the second half and again most of the action was in the Hibs half with the girls involved in a lot of action for the possession of the ball, when Hibs did get into the Farmington half they could not break the defence down, but unfortunately the girls could not use the windy conditions to there advantage.

The girls kept battling right to the end but Hib’s came out on top and proceeded to the finals of the League cup.