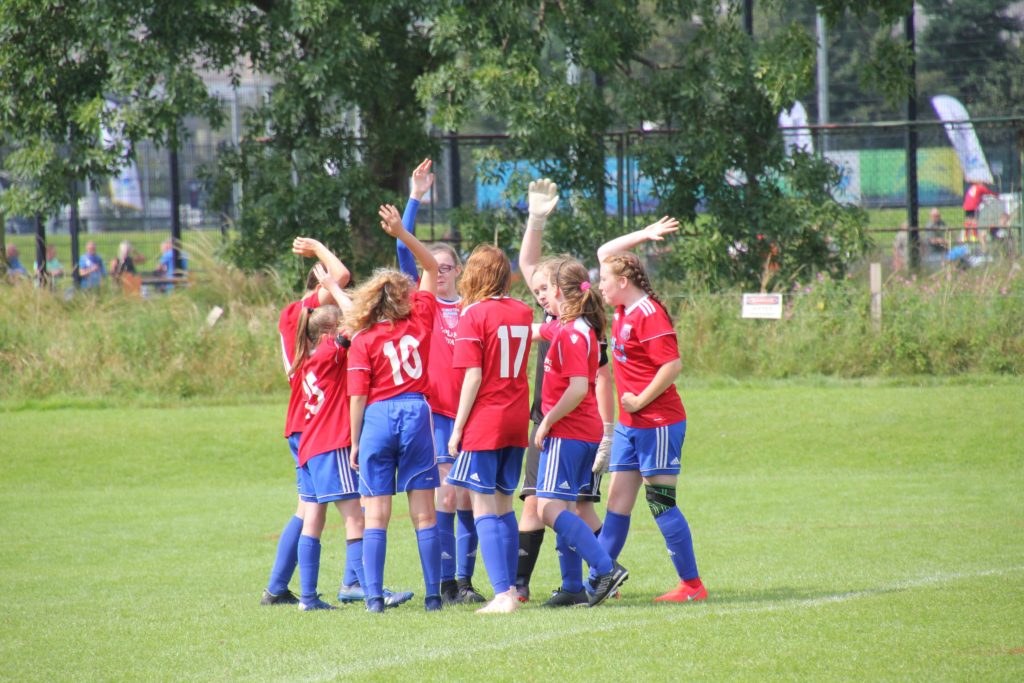 An under 13 team including girls from two different Forfar Farmington teams attended the Edinburgh Cup on Sunday.

A 2-2 draw against Queen of the South in the semi final led to a penalty shoot out which they unfortunately lost 2-1.

The girls were a credit to their teams and the club. Some of the football they played was outstanding and certainly caught the eye of the spectators!