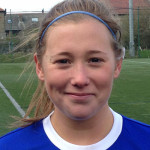 Forfar Farmington opened their competitive season with a 3-0 victory over Hearts on Sunday that sent them into the quarter finals of the Scottish Women’s Premier League Cup.

Goals from Derrian Gollan and Megan McCarthy had the side at half time before Tori Sousa glanced home the third shortly after the restart.

The result does mean that they advance to the quarter finals where they will face last season’s runners up Hibernian on March 27th at Station Park.

Midfielder Kirsty Deans made her debut for the team while Robyn Smith, Julia Scott and Megan McCarthy were making their debut in this spell at Farmington.

Tori Sousa was first to threaten after a quiet opening period; firing over from long range.

Forfar took the lead on the quarter hour mark when Scott’s corner wasn’t cleared properly and when Jade McLaren crossed into the box again Derrian Gollan was on hand to bundle the ball home for her first senior goal.

Just three minutes later McLaren almost had a goal of her own but saw the ball cleared off the line by a defender.

In the 31st minute Deans went close with a thunderous long range effort however the keeper managed to regain her composure and collect the ball after fumbling it.

Ashley Carse almost had an opportunity for the hosts seven minutes from half time when she was sent clear but when she attempted to round Fiona McNicoll, the keeper managed to get a hand to push the ball away.

The lead was doubled with the last kick of the first half; a cross into the box was knocked down by Gollan and Megan McCarthy was on hand to sweep the ball home.

McCarthy almost had a second within thirty seconds of the restart when she forced a save from Megan Steel but it was Tori Sousa who got her name on the scoresheet next in the 51st minute. McCarthy sent Robyn Smith on her way down the right wing before sending a cross in that Sousa rose to glance home.

Brogan Anderson forced a good save from McNicoll with a threatening lob as Hearts looked for some way back into the game while at the other end McLaren was inches away from connecting with a teasing Napier free kick.

Just after the hour mark Louise Magilton did well to set up Smith however her half volley flew into the side netting.

Rachel Walkingshaw was unlucky not to score a consolation for the SWPL2 side in the 64th minute when her effort from the edge of the box rattled off the crossbar. Holly Napier was next to find the woodwork seven minutes later, lobbing the keeper from 25 yards but she could only watch as the ball came off the bar before being cleared.

Smith nodded wide from a Napier cross before Magilton struck her effort straight at Steel in the 74th minute.

Forfar saw out the final stages of the game with ease and despite Napier and Magilton having shots they couldn’t add to their tally.

The side now look to next week when they begin their league schedule with a trip to East Kilbride to face Celtic. 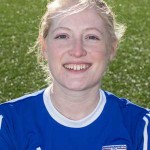 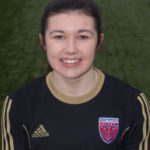 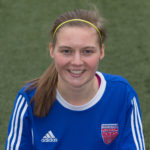 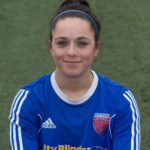 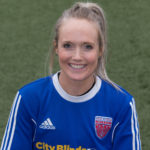 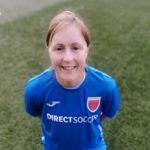 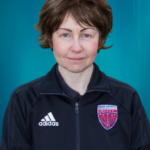