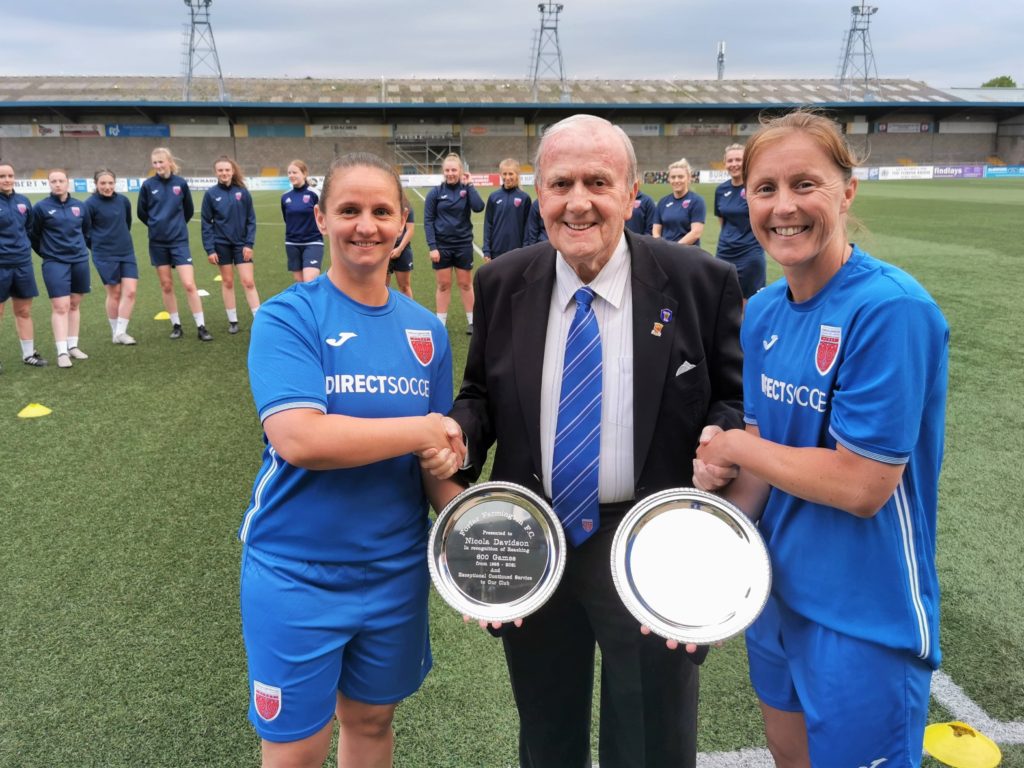 Today marks a significant moment in the history of Forfar Farmington as two stalwarts of the club play their final games as they bid farewell to the SWPL team having amassed over 1,200 games between them over a near 29 year period, which must be a record in the women’s game!

We caught up with Club Captain Nicola Davidson and her long time team-mate & friend Alana Bruce as they took part in their final training sessions before their retirement today.

Keen to learn more about their journey with Farmington they shared the following memories and highlights :

Q – what was your earliest memory of playing football?

Alana – Playing at Martin Park in Kirrie with my cousins Gav and Dougie, before joining Forfar Farmington in 1992

Q- What have been your career highlights as individuals and as part of team?

Q – Best player played with and against?

Nicola – Too many to name – I’ve had the privilege of playing with some very talented players.

Q – Sure we know the answer to this but what will you miss the most when you retire?

Alana – The banter with the girls!

Q – What pieces of advice would you give to the young players at Farmington who look up to you?

Nicola – Train hard, play hard, learn & listen to your peers, be coachable but most importantly have the best time and cherish every moment!

Alana – Train hard, play hard and enjoy every minute of your Farmington days! They will be some of THE best days of your life!

Whilst Alana & Nicola are departing the 1st team scene we certainly hope to see them around the club as role models for the next generation of players coming through. The committee, coaches, team mates, parents and every other player at the club thanks them both immensely for their undying commitment to the club over the years and wish them all the very best for the future!

They are pictured receiving momentos from Club President Colin Brown to mark their 600+ appearances and we will be having a further presentation at the Clubhouse on Tuesday evening this week.