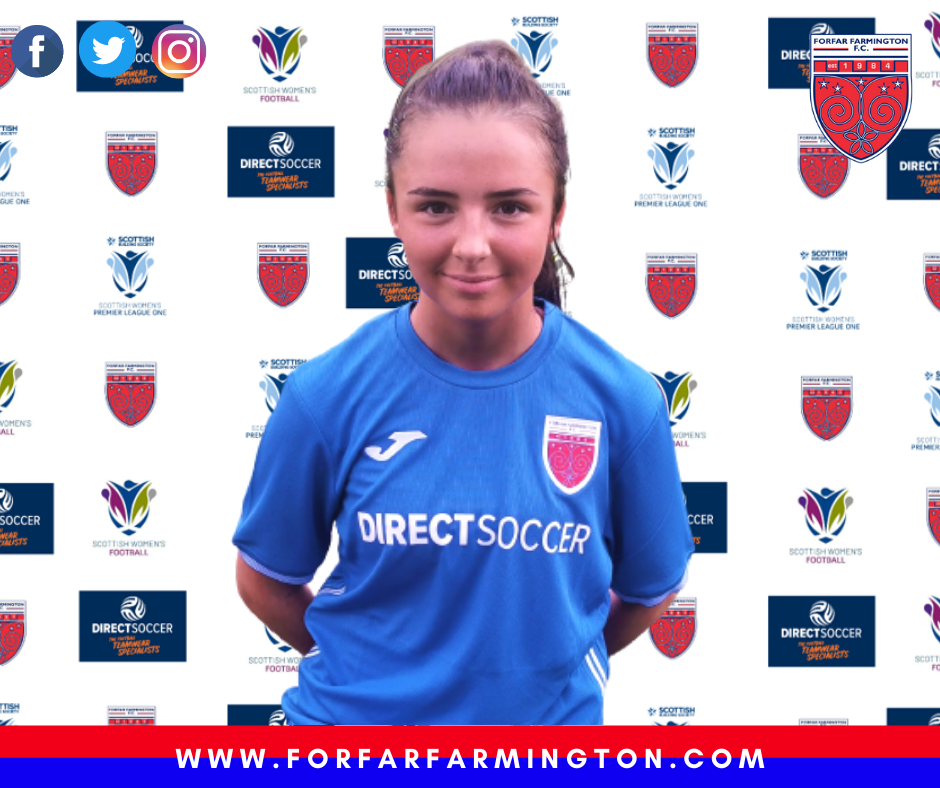 Forfar Farmington have added to their squad ahead of a busy run-in of games with Summer Christie arriving at Forfar until the end of the season from Celtic.

Christie is a midfielder and played a full game in last night’s 1-0 defeat to Motherwell with a trialist appearance in the 2nd half against Hibernian on Sunday.

The midfielder is looking at the move to Farmington to play in a competitive environment with the abundance of talent that there is in the SWPL1, “I am looking to get some minutes here at Forfar & it’s a great opportunity for me.

“We play against some of the top teams in the league including Rangers & Glasgow City and it’s a real challenge for me & the team, it’s a good team and a good set-up here at Forfar.

“Kevin has been great with me since I’ve came into the door, hopefully this move benefits both Forfar & Celtic.

On the game last night against Motherwell, Christie said, “It was a disappointing defeat for the Girls but I enjoyed it out there.

“Donna Paterson in particular has been great with me since I have came in at Farmington, she keeps me right and is an experienced player in this league.

“I’m really glad to get the challenge here at Forfar and we have some challenging games coming up, I am travelling up continuously from Larbert but this is a great opportunity and playing games is what I want to be doing.”