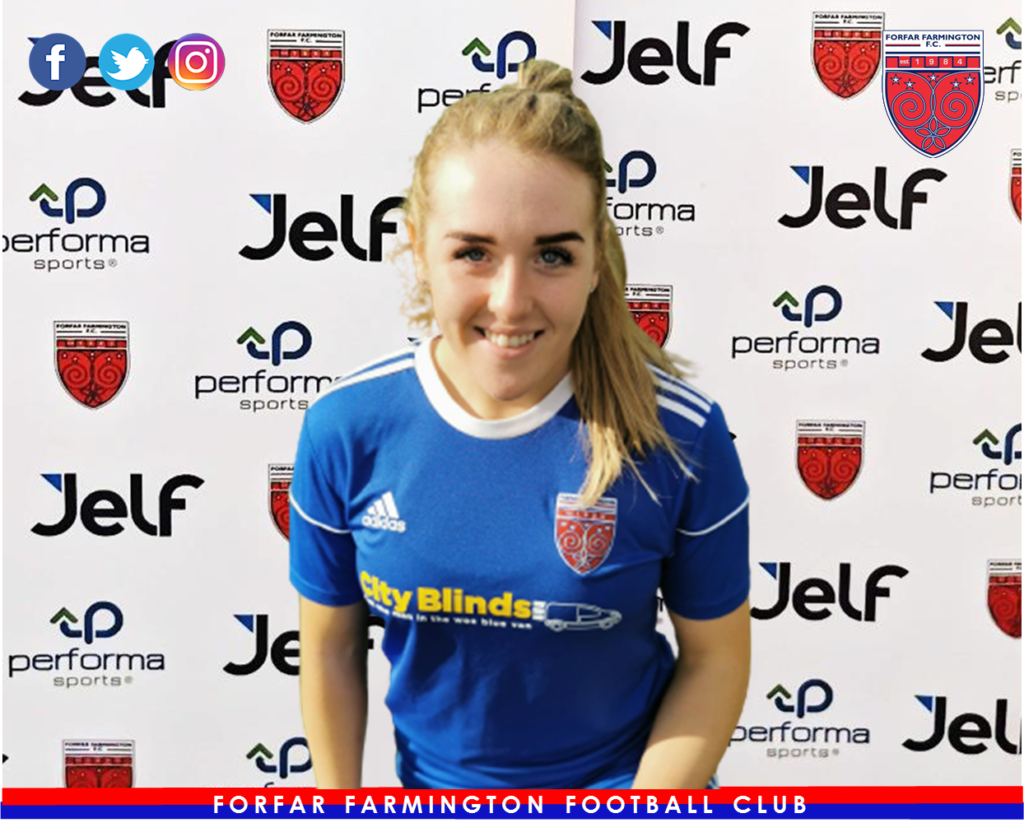 Forfar Farmington centre back Kirsty Fraser is one of the new players at the club however has settled into the back-line very well putting in a solid performance a fortnight ago against Motherwell.

A different assignment follows for Forfar Farmington tomorrow when they take the trip to Broadwood Stadium to face Glasgow City (3pm kick off) who have been a dominant force in Scottish Women’s Football for many years.

“There is nothing to fear prior to this game, we had a good result against Motherwell a fortnight ago which will give us momentum heading into the game.

“It will be a good challenge for us but we know that Glasgow City are talented all over the park, we are capable of doing well & everyone within the club is looking forward to the game.”

“Following the Motherwell win, it gives us that oomph, the game plan went well & the aim is to build around the positivity tomorrow.”