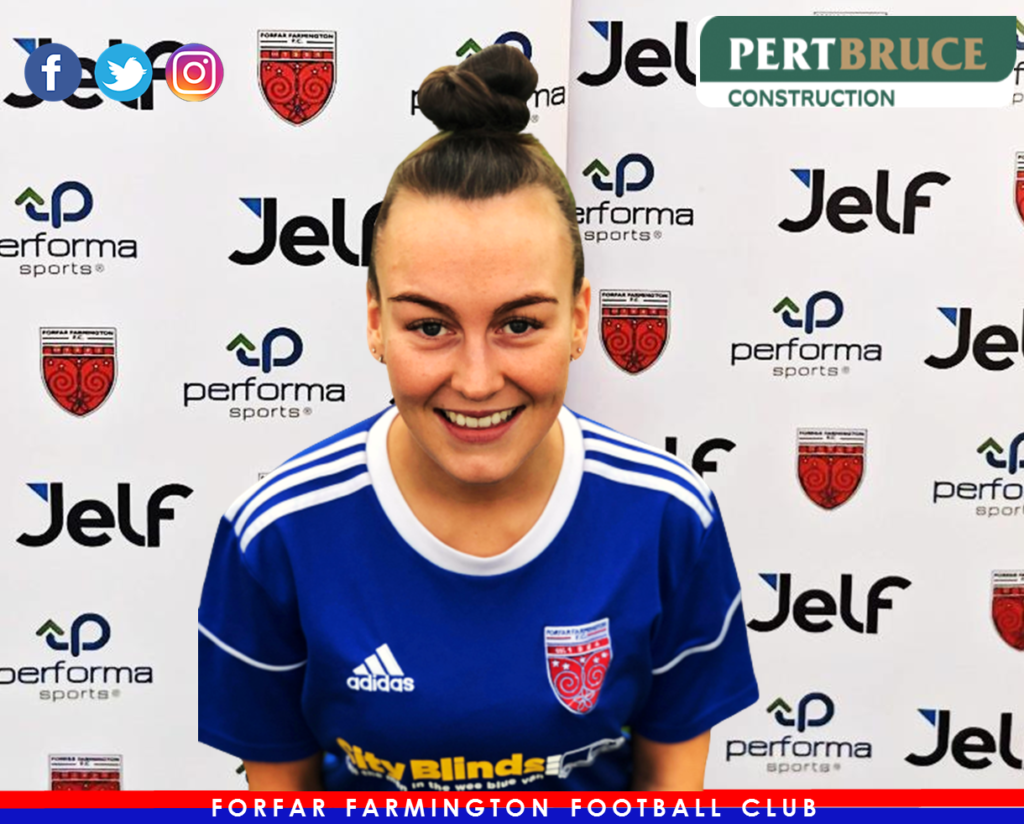 Erin Cattanach admits there has been some changes in the operations both on and off the park at Forfar Farmington but implies that they are for the good of the club leading into the league season which begins in 4 days at home to Motherwell (18th October).

Cattanach spoke about pre-season and how positive it’s been to continue training again after lockdown by saying, “There has been a lot of positive changes throughout pre-season, we have been working on a lot of tactical stuff and the physical aspect has been tough.

“We have signed some players that will strengthen the team which will hopefully make us better, it’s been great seeing everyone again as I lost a lot of motivation through lockdown.

“I would like to finish mid-table at least, Ryan McConville (Head Coach) has been very positive for us as players, things are slowly progressing however we are showing what we are capable of.

Erin has been part of the FClub for a number of years now coming up through the youth pathway and will be influential with the new recruits to the club.