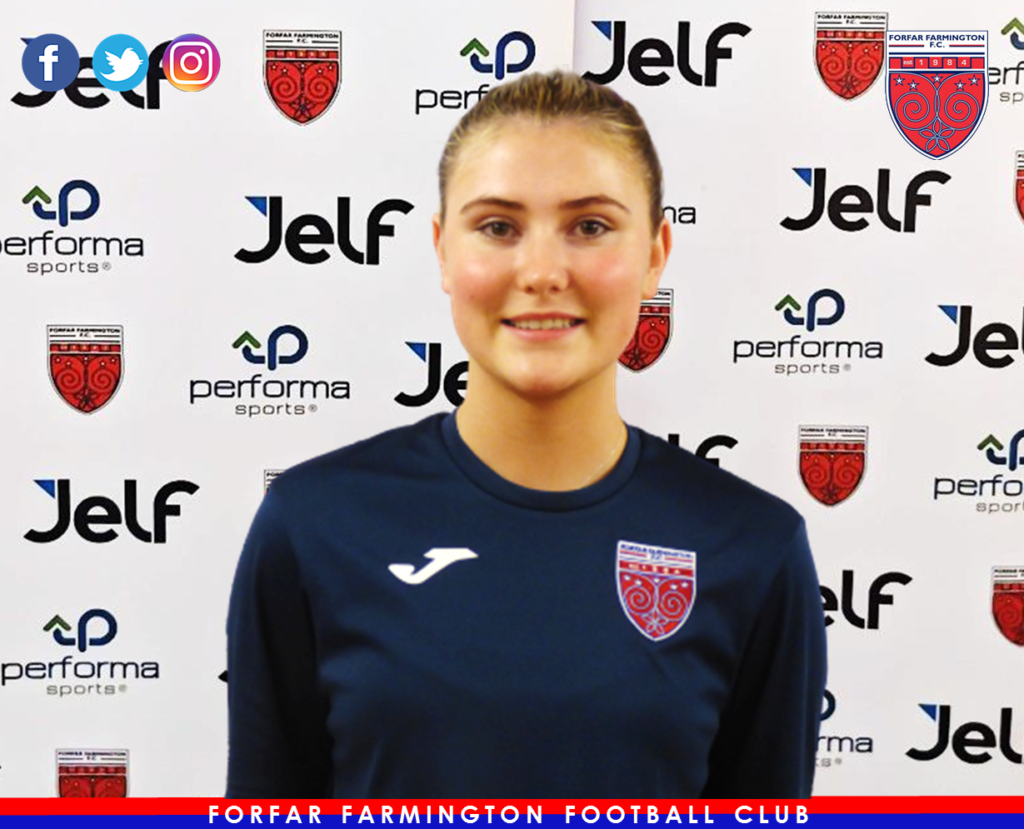 New recruit Molly-May Ramsay is excited to be apart of the club after arriving in Scotland from Australia. Ramsay is a former product of the youth academy at Farmington having started playing for the Under 13s set up just over a decade ago aged 10.

Now, the 21 year old right wing back admitted she was always keen to move back to the UK & has been happy with how welcoming everyone at the club has been since her arrival to Forfar.

Ramsay said, “I started playing football aged 10 years old here at Forfar when I was involved in the Under 13s set-up & I played in either an attacking midfield or strikers role, I moved back over to Australia a short while after that & played for various clubs prior to coming back to Scotland.

“I wanted to come back to the UK for a while & when I heard about the opportunity to join Forfar Farmington I thought it would be a good move for me, I am really excited to be apart of the club.

“Everyone has been absolutely amazing with me from the players to the staff around the club, it’s a professional set-up & the training pitch at Market Muir looks amazing.

“I’ve had a great impression of Ryan McConville (Head Coach), I would say the Scottish Women’s Premier League is a set-up to what I was used to in Australia.”