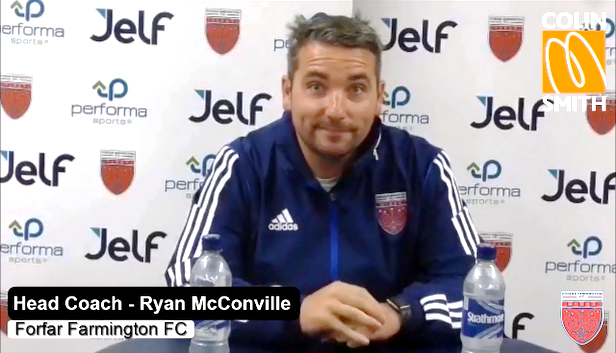 Head Coach Ryan McConville has praised the work done by all at the club during the COVID-19 pandemic in what McConville described as a “gruelling few months.”

Farmington have been back in pre-season action for a few weeks now and have some practice games upcoming in preparation for the commencement of the SWPL1 on the 18th October at home to Motherwell.

McConville said, “It’s been great to get back on the training field to be honest, it’s been tough for us all with the circumstances we have faced this year however thanks to the work of those around the club alongside the protocols in place by the SWF and SFA, we have everything in place to get the girls back up and running on the field.

“We are looking forward to getting some minutes into the minutes prior to that Motherwell game in October, because of the situation we’ve been in then it’s pretty much been two pre-seasons in 1 year.

“We’ve had new players come into the club alongside some fresh recruitment, it’s a transitional period and a settling in process and we have players returning to pre-season at different times.

“I’m pleased with the squad and the efforts they have put in to date, pre-season this time around has been a lot better for me as everything was rushed when I took the job last December.

“We will be ready for the Motherwell game in a month’s time, pre-season will be all about bedding the new players in and getting a good observation of those players alongside getting some fitness into the whole squad.”