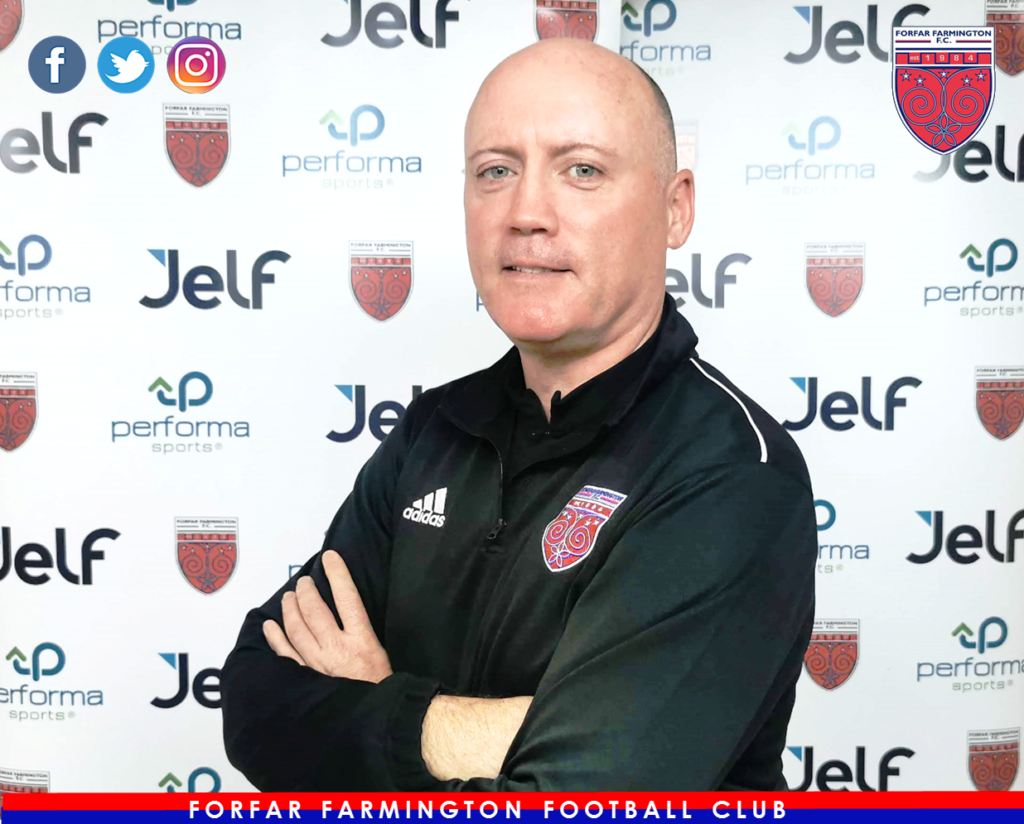 Forfar Farmington recently appointed Assistant Coach Kevin McGreskin, Kevin  is happy to be back in Scotland having been involved in various different adventures around the world including coaching stints at Cook Islands & the Bahamas.

McGreskin has been involved in both men’s & women’s football during his time in coaching & came back to Scotland a few months ago, McGreskin has a lot of knowledge to pass onto the women of Forfar Farmington & admitted he is excited by this latest challenge.

“It’s great to be back in Scotland, I’ve had a few adventures around the world & I had a chat with Ryan McConville (Head Coach) who offered me the Assistant Coach role here.”

“It’s great to see the Women’s game in Scotland going in a positive direction, some of the clubs around the country have now went full time & with that we have managed to attract a better quality of player to the club as well, it’s a really good group of players who have shown a willingness to learn & take our new ideas on.”

“Lockdown was hard so it’s been good to get the balls back out again & on the grass, we are looking forward to upcoming games we have in place, pre-season is all about getting into our stride & game model we are trying to implement.”

“We will probably need to throw away a few cobwebs because of lockdown so we can get into the swing of things, it’s important we keep our own house in check & we are ready for the Motherwell game on the opening weekend of the season.”