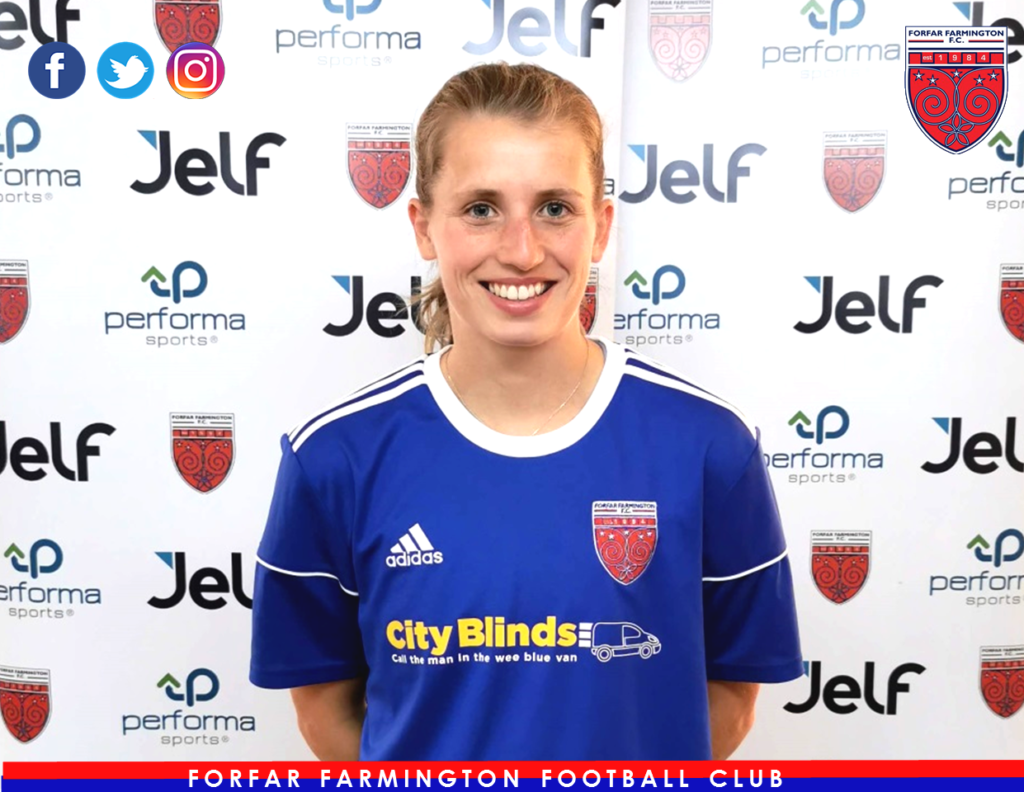 Forfar Farmington new signing Lisa Ryan has enjoyed her 1st week at the club & is really excited about the season ahead in the SWPL1 citing that the professional culture that is being developed into the SWPL was a big factor in her decision to join Farmington.

Ryan said, “It’s been a great 1st week & the girls have been really welcoming, the coaching has been great & there is a lot of experience in that coaching as well, the standard of the players has been high as well, I am excited to get back onto the pitch & get playing again & we are hoping for a good season.

“The leagues getting redeveloped at the moment with a lot of teams around the league making some big signings & more teams are becoming professional now so the game is growing in Scotland, playing in the SWPL1 gives me a great opportunity to develop as a footballer & also Forfar is a fantastic place.

“I have heard some great things about the club & the people around the club, we have players coming in who have International & World Cup experience.

“It’ll be great to play alongside & against those players, I am looking to improve as a player this season & hopefully do well against the bigger sides in the league although the main aim is to get some points on the board & stay up.

“I am looking to use pre-season as a means of getting to know the players, we are looking to bond as a team & get to know everyone’s style of play alongside getting used to the coaching staff’s style of play, it’s all about creating those bonds & building prior to the season starting in October.

“The competition in the team is very healthy, every position on the field is covered so you always have competition which will bring out the best in the players & bring our standard as a team higher.