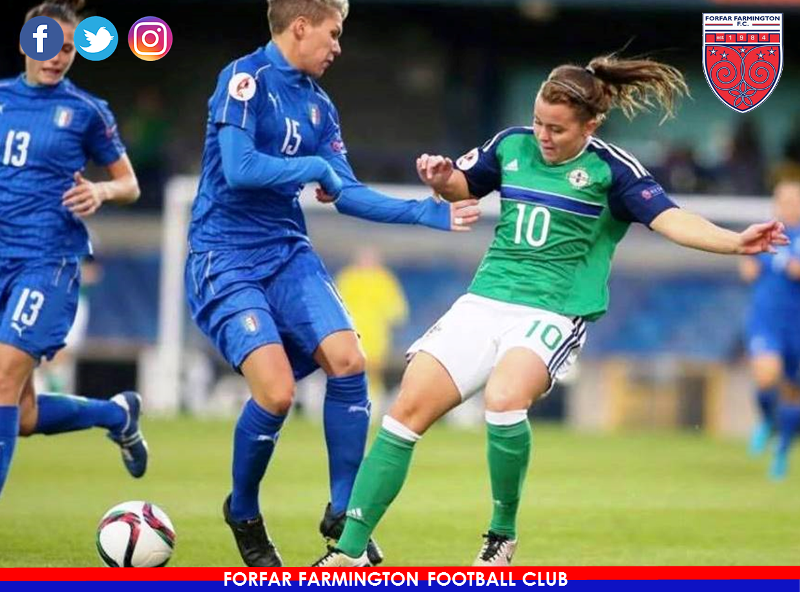 The club are thrilled to announce Irish international Lauren Brennan as our latest signing.

Lauren is a 25 year old striker who has played for Sion Swifts in Northern Ireland as well as playing pro for Grindavik in Iceland for two years before a spell in Australia was cut short with an ACL injury. She recovered from that setback and was back playing again for Sion.  Lauren made her international debut in 2015 against Switzerland in a euro qualifier.

Head Coach Ryan McConville is delighted to bring the attacker to Farmington, commenting “  I am delighted to get the quality of Lauren on board, having tried previously in my managerial career.  She is a striker of international pedigree and I have every belief that once she is back to full fitness after her injury, she will be a massive asset to both our club and for Northern Ireland”