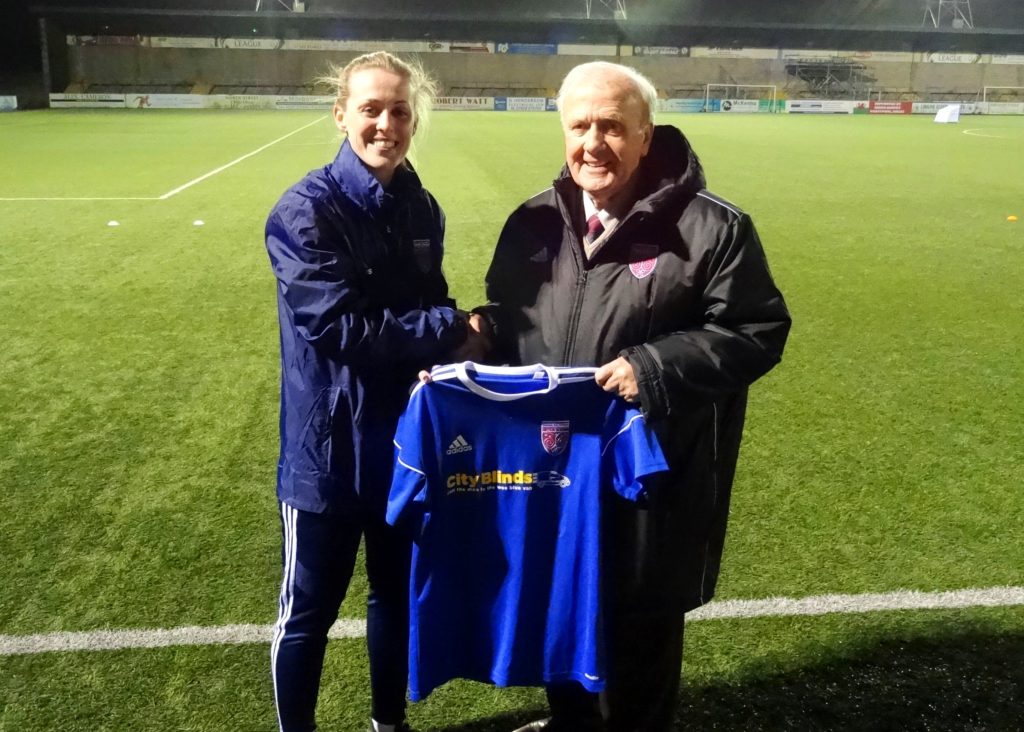 The club are thrilled to announce Northern Ireland international Jade Lindsay as our fifth new signing as we gear up for the opening competitive match on Sunday v Kilmarnock Ladies in the SWPL League Cup.

After two seasons at Celtic Women, Jade made the move to Hamilton Accies in 2016 where she enjoyed an SWPL2 title win in her first season.

Having left Accies recently, Head Coach Ryan McConville made contact and secured Jade for the 2020 season.

Jade made her Northern Ireland debut in Nov 2015 against Switzerland in the European Qualifiers.  She is hoping to catch NI manager, Kenny Shiels eye with her performances in SWPL1 this season and add to her 15 caps, having now fully recovered from an injury in May last year.

Ryan McConville said “I am absolutely thrilled and delighted to add such an experienced player to our squad, when I found out it could be possible to bring her in I jumped at the opportunity. Jade brings high standards , professionalism and a maturity that we need here at Farmington and I think she will be a great fit for our squad going into the season ahead.

I hope we will help her get back into the international setup and from what I have seen pretty early in working with her she is definitely worthy wearing that green and white jersey again especially the way our new national team manager  now wants to play.”