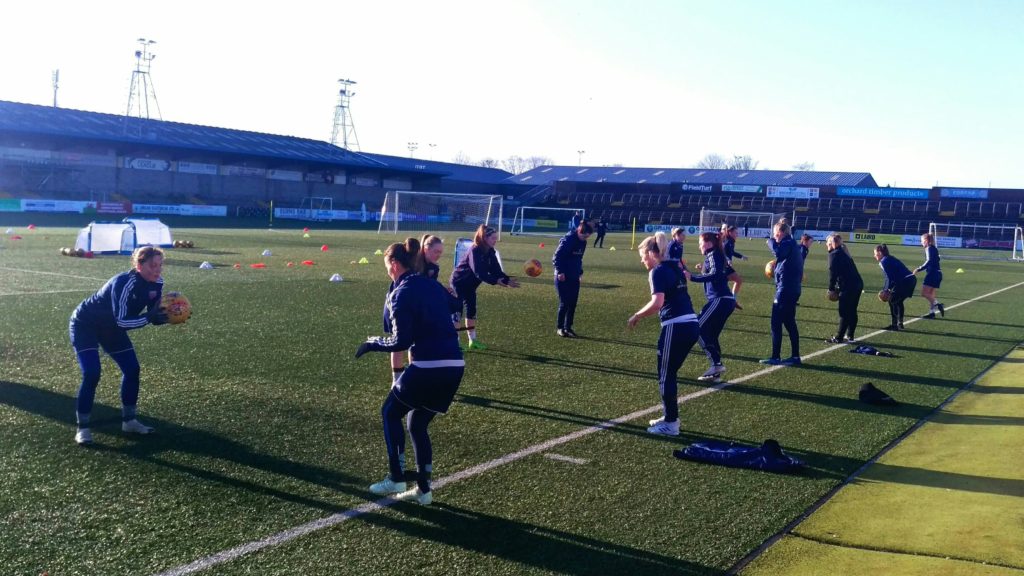 As we gear up to the 2020 Season we will be announcing, over the next few days, all the players who have re-signed to the club. We caught up with our Head Coach, Ryan McConville at the weekend to get his thoughts;

“ Over the past few weeks we have made new signings that I hope will increase our standards both on and off the field, showing our ambition, as we fight to compete and give ourselves the best possible chance of doing well in the SWPL1

However I also want to go on record by saying how delighted I am at keeping our squad from last season together and I want to emphasise how important that has been.  In my eyes the current players have given me an opportunity to come into the Farmington family and have believed in what I am trying to implement here. We may be one of the “smaller” clubs in stature in the league but what I’ve noticed early on is we are big in heart and that is better, in my opinion, than a big money signing.

While we have added players to the squad, the reason has been, to hopefully push everyone on and bring the best out of all the players now here and that can only be good for our team and the club.  I want all the players to show me, their families, the committee, our supporters and the rest of the SWPL1, the qualities they have in their lockers and do themselves proud.

It wasn’t easy last season but the team got over the line, showed their pride and kept us in the top league – the previous management and players deserve massive credit for doing so.  Now is a new chance,  a new season with different values, different beliefs and  different standards and while it is early days, there is a sense of optimism around the club but I don’t want it to be the new manager syndrome and it only lasts short term.

Having secured all bar one of the players for this season says a lot and in a short space of time I feel I have connected well with the squad and we are slowly developing a relationship that will stand us in good stead for the 2020 season.  I want to provide the girls with the best tools possible and with the support of our coaches, and back room staff, including physio, sports psychologists and the committee, I feel the team can achieve our goals”