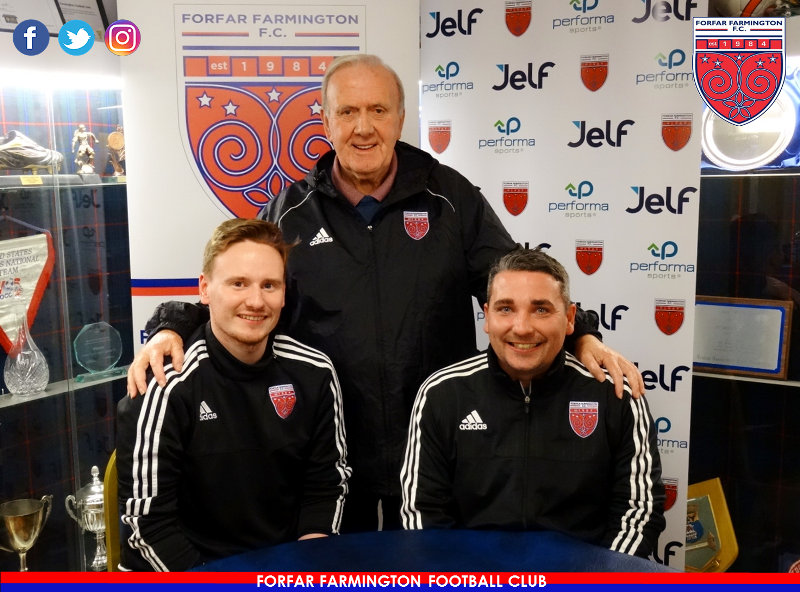 New Head Coach Ryan McConville has enjoyed a busy few days in Forfar meeting his squad, staff, committee and other coaches as well as delivering two sessions as he begins preparations for returning from Belfast early in the New Year, ahead of the 2020 season.

He has moved quickly to supplement the existing SWPL staff by bringing in Paul Nicoll as a coach and video analyst  – Paul will also head up recruitment for the main squad.  Paul is based in Dunfermline and has been involved in coaching for around 10 years, primarily at Kelty Hearts youths/Colts , Kirkcaldy YM juniors and more recently Rosebank AFC.   He has also worked previously with Ryan in the Evolution Soccer programme in Farmington, Connecticut.

Chairman Colin Brown is seen welcoming both Ryan and Paul to Farmington.